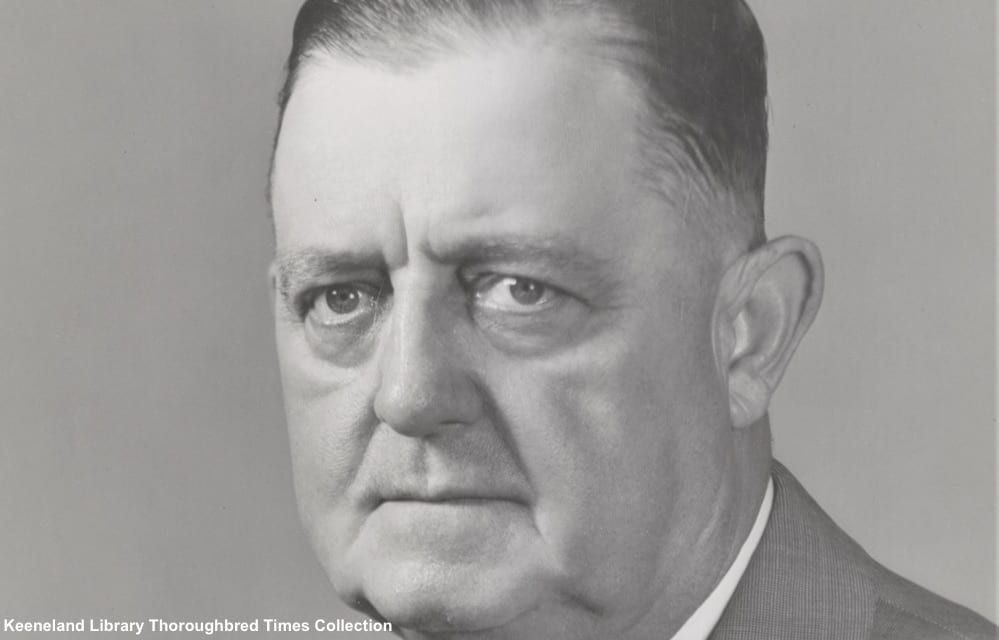 The road to Thoroughbred commerce in Florida goes through Ocala, and it fittingly took a construction man to lay down the asphalt.

Born on a Draft Horse farm in Indiana, Carl G. Rose found his footing in road construction, and he moved to Florida in 1916 to bring the first asphalt roads to the state. He quickly took a liking to Central Florida, known for its rich limestone deposits, which would prove to be a key component in his roadway materials.

Rose was drawn to Ocala for the limestone and for its cheap land prices. In the book “Central Florida Thoroughbreds” by Charlene Johnson, the author writes that Rose snapped up thousands of acres surrounding what is today State Road 200 for $5 to $10 an acre. He initially used the land to raise cattle and other farm animals, dubbing it Rosemere Farm, while flipping the rest for a significant profit.

Though he'd not yet set foot on a racetrack, Rose took a position with Florida's racing commission as a favor to incoming governor and longtime friend Dave Scholtz in 1934. Horse racing was already a well-established pastime in the Sunshine State, but an organized breeding program was virtually nonexistent in Florida, starting with some unregistered polo ponies and entering legitimacy when the first Florida-bred registered by The Jockey Club was born in 1936.

What Thoroughbred breeding did take place in Florida at that time was scattered in the southern part of the state, closer to the racetracks. In his position on the racing commission, Rose met with breeders at the races who urged him to start his own nursery. Not only did the calcium-rich limestone in the Ocala soil make sturdy road materials, Rose speculated it would make sturdy Thoroughbreds.

He purchased his first Thoroughbred, a filly named Jacinth who was just about to turn two, from Marshall Field of department store fame. Johnson writes that Field had deemed the filly impossible to train, so Rose skipped the races with Jacinth and turned her into the farm's foundation broodmare.

Jacinth went on to have 14 foals as part of the Rosemere broodmare band, but the most historic in an immedi-
ate sense was Rosemere Rose, a filly by Full Dress who became the first registered Thoroughbred born in Marion County in 1939, and the first to race a few years later.

From that taste of success, Rose committed his property and his cause to raising a Thoroughbred in Central Florida that could compete with the Kentucky-breds, purchasing even more Ocala land to build his breeding and training operation and deeming it Rolling Acres.

“Florida is known for its Hialeah Park and its Tropical Park and its Widener Cup,” Rose told Turf and Sport Digest in 1940, “but soon Florida will be known as a flourishing state for breeding horses.”

Within a half-decade, the farm's reputation had grown so much that its training track became a local tourist destination, even growing to the degree that it hosted race meets for the Marion County Fair Association and drew 2,000 spectators, according to the book “Florida Thoroughbred,” also by Charlene Johnson.

The army remount program would be a key source of sire power in Rosemere Farm's early years, led by Samurai. The German-bred stallion was seized from Adolph Hitler's stable after World War II and turned over to the U.S. Department of Agriculture, which offered him to Rose. Samurai's first runner became a stakes winner, and the sire became a reliable source of precocity for years to come.

By the 1950s, the land Rose purchased for a pittance was selling for $1,000 an acre, sparked on by Thoroughbred prospectors chasing the classic success of Needles, who became the first Florida-bred Kentucky Derby winner in 1956.

Rose pieced off his vast property during this boom period, and among the 30 farms that sprung from it were Central Florida staples Ocala Stud, Tartan Farms, and Bonnie Heath Farm, where Needles eventually stood at stud.

Without a significant yearling sale to emulate the ones in Kentucky and New York, Rose's operation trained his horses up to the start of their juvenile seasons and sold them privately at Hialeah Park. A year after discussing his preparation method in the media, along with his expectation that an auction platform for that kind of offering was inevitable, Joe O'Farrell of Ocala Stud arranged the first 2-year-olds in training sale in 1957, conducted by Fasig-Tipton.

Business was booming at Rosemere Farm and in the surrounding community, but health issues forced Rose to downsize at the end of the 1950s, and he sold his broodmare band to a group of Virginia horsemen who leased the property in 1961. Rose died of a heart attack in 1963 at age 70.

After being one of the major catalysts to spark the growth of Ocala, Rosemere Farm was eventually swallowed by the city's development, along with many of the farms that bordered it. Today, the primary Rosemere property is occupied by the Paddock Mall and Central Florida Community College, with a healthy buffer of commercial and residential space before reaching the next-closest Thoroughbred farm.