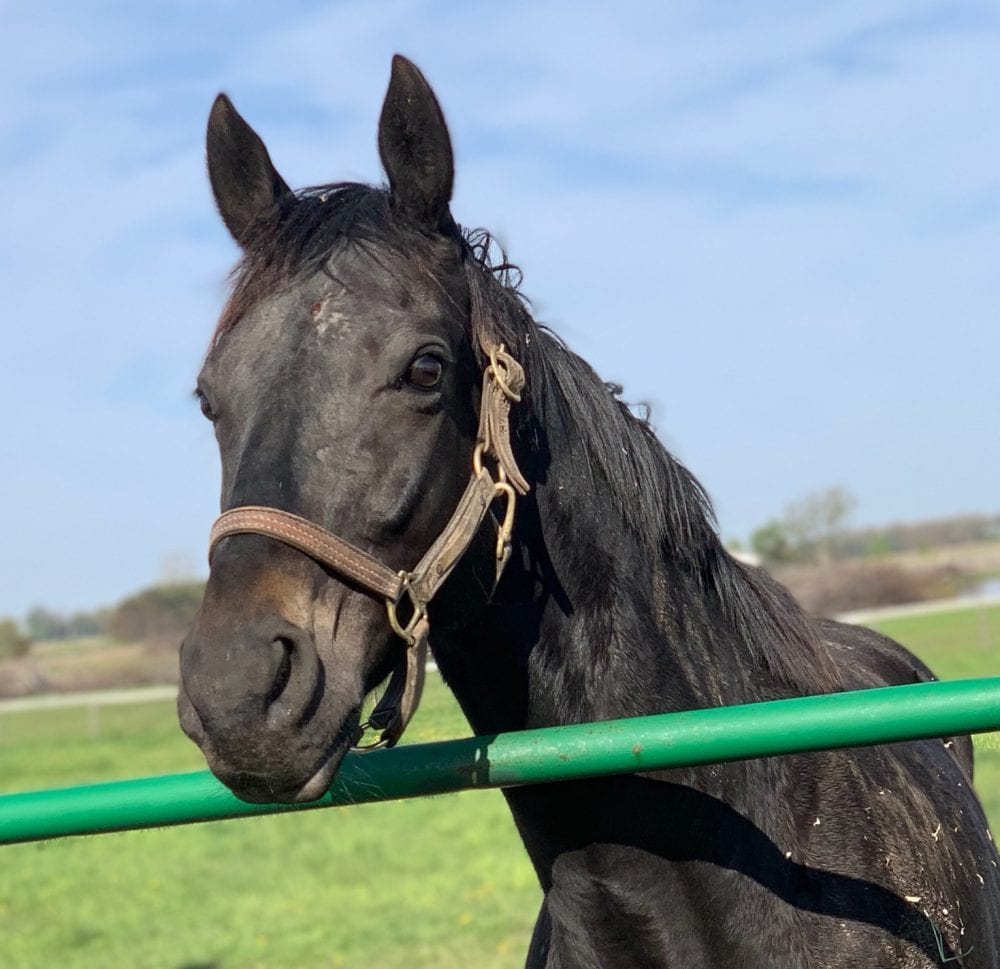 Stewards at Fairmount Park in Collinsville, Ill., have suspended owner Dixie Harr for 120 days and fined her $2,500 after one of her horses was found in an Oklahoma kill pen. At the time of the ruling in mid-April, Harr was both secretary/treasurer and a board member for the Illinois Horsemen's Benevolent and Protective Association, which represents Fairmount horsemen.

The ruling denies Harr access to Fairmount, where the Illinois HBPA office is located, as well as other Illinois Racing Board-licensed grounds. Sources have told the Paulick Report that Harr has been suspended from her position as secretary/treasurer with pay. but Illinois HBPA president Eddie Essenpreis and vice president Bret Rosendohl did not respond to multiple requests for comment on Harr's status with the organization.

Harr filed a complaint for a restraining order and temporary injunctive relief against the Illinois Racing Board in the third judicial circuit court of Madison County, Ill., soon after the ruling in an attempt to stay the suspension. A judge dismissed the complaint but did not rule out the possibility Harr could refile at a later time.

Local equine rescue advocates said they were tipped off in December that several dozen horses living on a property Harr shared with former partner Jim Cristel had vanished, seemingly overnight. While most of the horses were believed to have belonged to Harr and/or Cristel, four were part of a handshake lease deal with owner/breeder Gail Allen, who said she was not paid for them. Allen told the Paulick Report she had a oral agreement with Harr that the latter could use the mares for breeding purposes but had to return them to Allen if she decided she no longer wanted them. Allen said she never received a phone call telling her Harr needed to rehome the mares.

Owner Rhonda Thurman said she provided Harr three mares under similar circumstances and when she reached out to ask how they were doing in early January, Harr told her via text message that she did not know where the horses were.

In February, the Stroud Kill Pen posted photos and tattoo information for an off-track Thoroughbred later identified as Mr. Stein, a 7-year-old Einstein gelding bred by Jim Cristel, owned by Harr and trained by Mark Cristel. Mr. Stein ran his last race, a $4,000 claimer, in September 2018 at Arlington Park where he finished fourth of four as the longest shot on the board.

According to the Illinois Racing Board, no action has been taken on the training license of Mark Cristel related to the discovery of Mr. Stein.

Mr. Stein was bailed from the pen with funding help from CANTER Illinois and was housed in Oklahoma by Thoroughbred Aftercare Alliance-accredited organization Thoroughbred Athletes until he was well enough to travel. Illinois Equine Humane founder Gail Vacca said the horse recently arrived at her base in Illinois and will soon be available for adoption.

“In the kill pen, he was very thin, feet overgrown. Other than that, he was ok. He was sound,” said Vacca, who suspects the horse had been on the auction circuit for some time before Thoroughbred Athletes picked him up. “The good news is, they knew they could make a boatload of money off him because he was sound and good-looking, a younger horse and almost black. He's really a beautiful horse. So that's the only thing that kept him off a truck.”

According to the ruling, Harr may not be reinstated until she has provided to the stewards proof of “reasonable restitution” to Allen, as well as “reasonable compensation” to the three horse welfare organizations who assisted in the recovery of Mr. Stein. Vacca said she has received no communication from Harr regarding Mr. Stein or the amount she may owe as compensation.

Fairmount Park has an anti-slaughter policy, according to its stall application. The policy prohibits owners and trainers stabling at Fairmount from “directly or indirectly” shipping a horse from the racetrack to a slaughterhouse or an auction house selling horses for slaughter.

“This policy also applies to any actions related to the transport of a horse from Fairmount Park, where the ultimate intended result is the horse's slaughter,” the application reads.

The alleged circumstances in Harr's case did not seem to involve direct transport from Fairmount to Mr. Stein's final destination, though Allen said no one is sure where the horse was housed last before he entered the kill auction pipeline. Arlington Park and Hawthorne near Chicago both have zero-tolerance slaughter policies stating owners or trainers “found to have directly or indirectly sold a horse for slaughter” will have stalls revoked, apparently regardless of whether the horse departed their facility or not.

A spokesman from Hawthorne told the Paulick Report the track is communicating with the Racing Board to confirm whether the nature of the ruling constitutes a violation of the stall application condition.

“If that is the case, we would reciprocate any violation that occurs at any track in Illinois and not allow those in violation to race at Hawthorne in the future,” said Jim Miller, director of publicity for Hawthorne.

Harr declined to comment to the Paulick Report about the ruling, but she did discuss the horses' disappearance at a hearing in late 2018. Harr was seeking an order of protection against Jim Cristel, who she said had forged her name on financial documents and who she feared would take records and property from her farm without her permission.

Harr said Cristel makes his living as a livestock dealer specializing in cattle. While testifying at the hearing, Harr said the couple at one point had 50 horses on their property, but now had 14. Harr said she “had no idea” what happened to the other 36, but was told by a farm worker that Cristel had loaded them up one day and “said he was going to sell them to the Amish. He was going to take them to the sale barn.”

When asked whether she had made any attempt to locate the missing horses, Harr replied, “Not yet.”

For his part, Cristel said he removed 12 horses from Harr's property in November and said he “gave them away.” Cristel was unable to give a sales company or farm name for the place where he dropped the horses off, except that it was in the southern part of Illinois, saying only “I put the word out there that I was getting rid of some horses and the Amish came, and some of those Mennonites from down there.”

Vacca said once she heard such a large group of horses had apparently vanished, she reached out to her contacts at Illinois rescues but no one reported taking in a large group of breeding stock that matched the horses' descriptions.

“There aren't any good options for where they could have all gone, unless they went to a Thoroughbred sale, which they didn't. The other auctions around here are largely kill buyers and a few good people trying to save horses,” she said. “We don't know if the other horses resurfaced or not. Most of them were broodmares and older. A lot of times, their tattoos aren't legible by the time they get in their twenties, number one. Number two, a lot of times people aren't going to look at older horses so the kill buyers just direct ship them. They don't even care to offer them because they're not going to bring them a ton of money. The babies weren't even registered, let alone old enough to be tattooed. There's no chance of ever finding the yearlings, unless you went around pulling hair for DNA from random horses.”