This article is a sneak preview of the 6th Annual Track Ratings Industry Issue of Horseplayer Monthly e-magazine, to be released April 2nd.  To download the March edition of the e-magazine, free, with articles, interviews and more, click here.

Yes, rising takeouts are a big problem, but there are a couple of other taxation areas that may prove even worse for horseplayers.

For many months, Massachusetts players who collect more than $600 on any bet—even a $300 win bet on a 2-1 shot—have had 5% of their collected cash immediately withheld. This has driven some players to Rhode Island and New Hampshire and inspired others to ask for multiple smaller tickets (e.g., instead of betting $200 on an 10-1 shot, they'd bet four $50 tickets instead). Others, no doubt, quit playing altogether. Ironically, New Hampshire enacted a similar rule in 2009, only it was 10%–until horseplayers disappeared en masse, and the state was forced to repeal the measure in 2011.

If the number $600 sounds familiar, it's the threshold for federal reporting (though not withholding, where the number is $5,000), and it's only for bets paying at least 300-1. And if you have losses during the year, you can deduct them at tax time against winnings, possibly getting back all or at least some of that score money. That's better than nothing, although if you win, say, $80,000 on a pick 6–even if your net win for the year is zero–that $80,000 is added to your adjusted gross income, which may have serious tax implications elsewhere on your return.

But back to our horseplaying brethren in Massachusetts. Not only do they get that 5% confiscated off the top of any $600 payoff, but state tax laws do not allow players to deduct any losses. That means if you win $7,000 one day and lose the whole $7,000 the next, the state taxes you on your nonexistent “winnings.”

And if you think that's some crazy rule that typifies a place nicknamed Taxachusetts, you're wrong. Several other states–Connecticut, Illinois, Indiana, Michigan, Ohio, West Virginia, and Wisconsin—have the same ridiculous law. And Kansas, beginning with its 2014 tax returns, has joined this bandwagon of mathematical idiocy.

Why? Lawmakers figure that any anti-gambling rule is a free shot. They use words like “subsidies” and “loopholes” to describe the availability of deducting losses against wins. A corporation pays taxes on its net profits–revenues minus expenses. Not only can't horseplayers deduct their expenses from any winnings (unless they've declared themselves as full-time professional gamblers), but in these states, they can't deduct their matching losses, either.

Adding to our problems are the recent approvals of source market fees (taxes on ADW's) by Pennsylvania and New York. As soon as Pennsylvania began charging a 10% source market fee last fall, rebate shops like MutuelsOnline, AmWager, and IdaBet closed the accounts of their Pennsylvania customers. Not that the state is any kind of gambling hotbed anyway, what with its tracks charging a takeout of more than 30% on some bets despite a slots subsidy that has totaled hundreds of millions of dollars. New York probably hasn't done itself any favors, either. The state has raised 2014 admission prices at Belmont and Saratoga and added the source market fees which discourage rebate betting, even though Resorts World Casino New York City has contributed tens of millions of dollars to racing coffers in the state since it opened in late 2011.

Of course, we also have the states that have outlawed Internet betting altogether, or restricted it to only out-of-state tracks (the very tracks that locals have the least interest in).

While you can't find a lawmaker whose stated goal is to kill horseracing altogether, when you put all of this together–adding immediate withholding of even minor wins, eliminating deductions for gambling losses (even vs. winnings), putting the squeeze on rebate shops due to source market fees, adding surcharges, restricting Internet gambling–the trend is clear. And ominous.

Some legislators actually believe they are helping the sport by raising prices or forcing people to visit their in-town track instead of calling in their bets. Of course, we live in a country where one-third of Americans don't believe in evolution, and Kim Kardashian pulls in eight figures a year.

Because we horseplayers have no active lobby, legislators feel free to pick our pockets. There's no political risk, for instance, to raise the takeout, even though it does nothing but harm the sport. Case in point: In 2010, despite dire predictions of disaster from horseplayers, California Gov. Arnold Schwarzenegger signed a bill to increase the takeout on two-horse bets to 22.68% (up 2%) and on three-or-more-horse bets to 23.68% (up 3%), with all the promised increased cash going to purses. Behind the bill were California's horsemen and tracks such as Santa Anita. Legislative analysts estimated that the takeout increase would generate $200 million annually in increased purses. As it turned out, the racing board's report for the next fiscal year showed not an increase, but an actual drop of more than 5% in purses—since handle fell precipitously (which is what you might expect when you raise prices).

Ah, the lobbying business. It's no great revelation to report that people who contribute money to politicians do so because they expect that somewhere down the line, the favor will be returned. Lobbyists not only control much of the legislative agenda, but often write the laws themselves (much as a tutor might “help” a football star with his term paper).

Horseplayers have no lobby. At all. Our own Horseplayers Association of North America may have a solid reputation as a players' advocate, but it's an all-volunteer organization that employs no lobbyists. The National Thoroughbred Racing Association (NTRA) boasts that it has spent $3 million on lobbying efforts since 2002, except that is a pittance, and it includes work on behalf of breeders, owners, racetracks, etc..  The NTRA's Horseplayers Coalition, which is funded mostly by tournament players via a mandatory deduction, is supposed to represent players; it was formed in 2008, but a recent check of the Bloodhorse.com website showed not a single entry on that subject after that year. The American Horse Council has shown little interest in the plight of horseplayers.

All this will only get worse. Politicians and the groups that lobby them—owners, breeders, track operators—don't seem to understand the basic math of the racetrack. If you make each bet more expensive by raising the takeout, players lose faster. If you make it harder for people to bet, they won't. If you torpedo rebates, you lose the rebate players. If you confiscate winnings, bettors have less to play with, and thus the churn plummets.

Better gamble while you still can, in the ever-falling number of states that at least give you some chance to hold on to some of your money.

Barry Meadow has spent 40 years in the gambling world as a bettor, author and industry analyst. He is an advisory board member of the Horseplayers Association of North America.

Letter To The Editor: Questions (And Answers) Concerning HISA 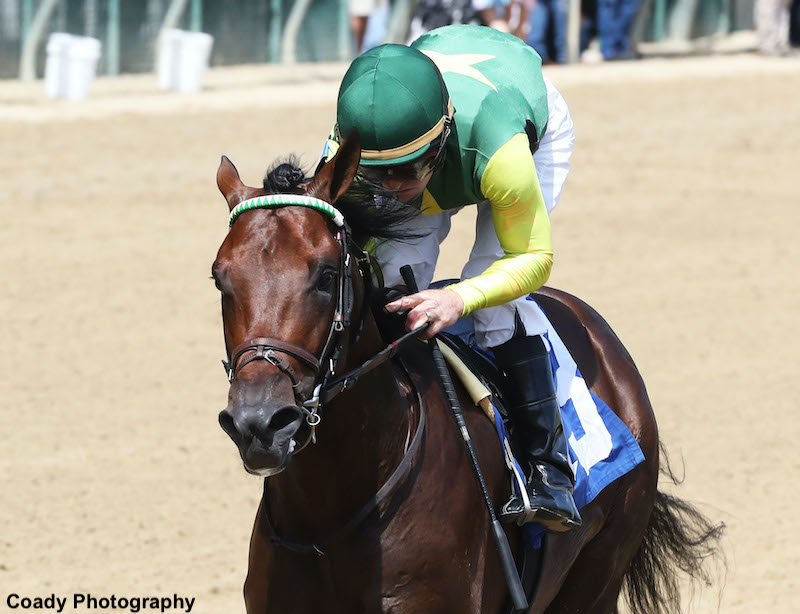