Tricks Of The Trade: How EPO Used For Blood-Doping A Horse - Horse Racing News | Paulick Report
Skip to content

Erythropoietin is a hormone produced naturally by the kidney that helps regulate the production of red blood cells. Epogen is a drug developed by scientists in the 1980s to treat human diseases like anemia, where red blood cell counts are insufficiently low.

Epogen, or EPO for short, quickly found its way into human sports as the blood-doping drug of choice. The drug, which rose to prominence alongside anabolic steroids in the 1990s, rendered many Olympics results suspicious and carried now-disgraced cyclist Lance Armstrong to unprecedented success in the Tour de France from 1999 to 2005 (though he has been stripped of those titles for cheating).

Increasing red blood cells has been a goal in horse racing, too, through conventional treatments like vitamin and mineral supplements as well as illegal methods similar to human sports.

Epogen has been brought illegally into horse racing but no one knows how widespread its use has been. There is anecdotal information suggesting the winners of some of horse racing's biggest events, dating back to the early 1990s, may have been treated regularly with EPO.

In human sports, a number of athletes paid the ultimate price for cheating. Published reports document the sudden deaths of dozens of young, otherwise healthy athletes who were suspected of blood-doping with EPO in the late 1980s and '90s. The drug increases blood viscosity and can lead to myocarditis, stroke, or heart attack.

Tests for human use of EPO were not developed until 2000, though Lance Armstrong – who never tested positive for the drug – showed that athletes could routinely escape detection. Horse racing developed an EPO test a dozen years later, but it's fair to assume unethical veterinarians and trainers have learned how to beat the system.

How is EPO used in horses?

The Paulick Report recently received a copy of a letter, purportedly written by a racetrack practitioner to one of his clients in the early 1990s, outlining a “best practices” procedure for blood doping. The name of the veterinarian whose signature is at the bottom of the letter will not be divulged. When contacted by the Paulick Report, this veterinarian said “he did not recall writing the letter” and said the signature was not his. The still-active veterinarian declined to answer whether EPO was part of his practice.

The letter, in full, reads as follows:

The following information per your request.

1. Use the 10,000 unit strength.
2. Need to monitor PCV and red cell count to avoid too drastic an increase too rapidly (see insert that comes with the Epogen)
3. I recommend taking bloods immediately after works to get an idea of total red cell availability. (work bloods = resting cells + splenic contraction cell)

5. Also need to be giving iron (pills or shots), folic acid, B12 + an anabolic steroid (Equipoise or Winstrol) and don't overtrain. The horse has to be healthy and not exhausted to build red cells. The steroids put the horse into a building state and the B12, folic acid and iron are all needed in increased amounts to make the increased number of red cells.

A red cell lives for about 100 days so do monitor the CBC's. Too much Epogen could lead to strokes and/or heart attacks, and in the horse, may increase the likelihood of bleeding in a race.

I've had the best luck using Epogen on normal healthy horses. When I've used it on horses with low red counts (7.0 borderline anemia for a performance horse) I haven't had any luck. The PCV and red counts stayed the same in these horses and their performance was not improved. I feel there must have been some underlying cause for their anemia (overworked, sub-clinical infection …??) that also prevented them from responding to the Epogen.

If I can be of any further assistance please feel free to call. 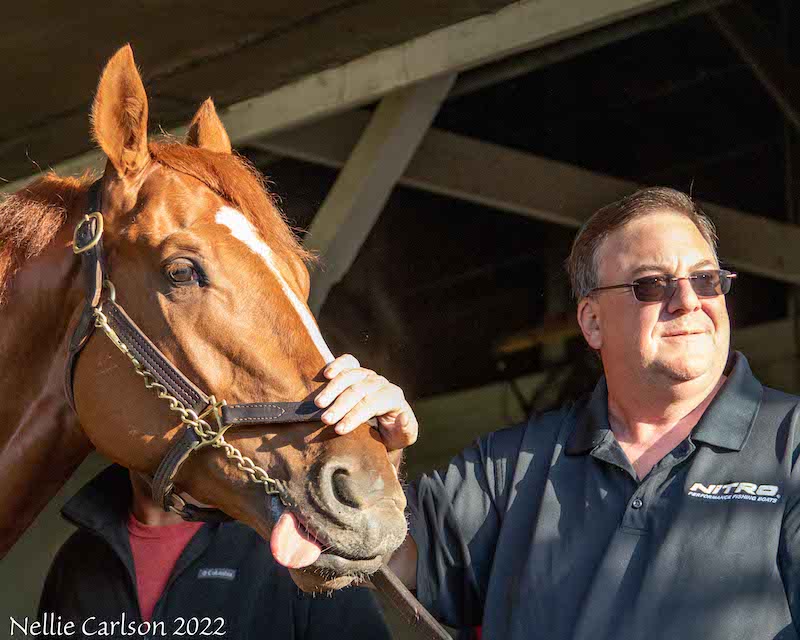 What Did You Read? Paulick Report’s Top Stories Of 2022