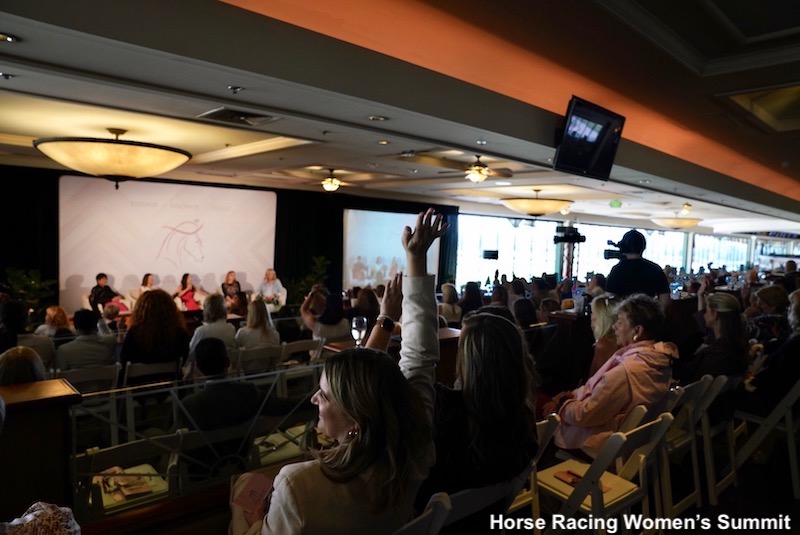 “Could this moment turn into a movement?”

That was the question asked by Stephanie Hronis to introduce the first Horse Racing Women's Summit, held Sept. 28-30 at Santa Anita in Arcadia, Calif. Hronis, a partner in California-based Hronis Racing, came up with the idea for the summit and chaired the committee that developed the program.

The moment was the gathering of more than 150 women from various parts of the horse industry and from throughout the country. There were representatives from the front side of the racetrack, the stable area, breeding and sales, gaming, wagering, marketing, television, and more, including a handful of women who earned their way into executive suites.

The movement is about getting more women into decision-making positions, or as one speaker, Rikki Tanenbaum of 1/ST Gaming, put it: “We need more women in C-Suites.”

But the movement is also to have women at all levels be taken seriously within an industry that, like many others, is male dominated. One instance: even after 40 years at Breeders' Cup, where she is now the executive vice president and chief racing officer, Dora Delgado said, “I still have to prove my qualifications over and over again.”

From the perception of this aging, while male, the Summit's Sept. 29 discussions were eye-opening, educational, and refreshing. Eye-opening because I was stunned to learn some of the hurdles women have had to overcome and the challenges they still face. Educational because I gained a new perspective on women and on the workplace in general. Refreshing because the focus was more about what women can do rather than what they've been prevented from accomplishing.

Debbie Marshall, senior vice president of PNC Bank, kicked off the day with this startling revelation: at the current rate of progress, women will catch up to men economically in 257 years. That's not a typo.

Hired by Santa Anita marketing executive Alan Balch as the first female racetrack director of publicity in 1976, Goldstein was introduced at the luncheon by Amy Zimmerman, Santa Anita's senior vice president and executive producer of broadcasting. Goldstein faced numerous obstacles as she rose through the ranks of racing publicist: at Fair Grounds and Monmouth Park, women weren't allowed in the press box after noon because of objections from local newspaper editors.  She opened doors and helped normalize racetrack careers for Zimmerman (hired by Goldstein 40 years ago) and so many others who followed.

There were common themes that arose at each of the panel discussions and during the opening keynote address by author and entrepreneur Susan Packard. Here are a few.

Don't Work With Jerks – “Life is too short to work with jerks,” Howe said during her lunchtime talk. Packard put it another way: “At HGTV (which she helped launch and ran), we had something called the 'no asshole' rule. Don't hire assholes.”

Tanenbaum, who has worked for a number of gaming companies and referred to herself as a “consummate job-hopper,” said she “very quickly determined I need to love what I do if I'm going to bring my best self to work. I need to love who I work with.”

Lindsay Schanzer, senior producer for NBC Sports, repeated something her father, former NBC Sports president Ken Schanzer, told her: “It's nice to be important, but it's more important to be nice.”

Look for Champions – The subject of mentoring and finding champions within an organization came up with several participants. Goldstein mentored Zimmerman and the latter is paying it forward, helping many other women launch careers in broadcasting. But mentors, by virtue of the numbers, can be men, too.

“You have to have champions within the organization,” Tanenbaum said, speaking about men and women. “Without that, it's tough to get the attention of senior, senior leadership.”

“A lot of times I was the only female sitting at the board table,” said Christa Marrillia, vice president and chief marketing officer at Keeneland. “We have amazing men on our team and I have had male and female mentors.”

Marrillia is an example of the “never give up” mantra. She said she forged her way in the door after serving as an intern at Keeneland, then “just kept showing up” at events. Finally, she said, she managed to get an appointment to meet with then-Keeneland president Nick Nicholson and did a PowerPoint presentation on all the reasons she should be hired.

It took awhile to move up the corporate ladder and Marrillia said she made several “lateral moves” at Keeneland, but now is an important part of a management team led by the Lexington racetrack and sales company's first female CEO, Shannon Arvin.

Try to Find Balance – “Workaholism is real,” said keynote speaker Packard, an expert on mental disorders and substance abuse and in recovery herself. She relayed the story of coming home from a business trip to her stay-at-home husband and child and, instead of transforming to wife and mother, went through a list of questions about what they'd accomplished in her absence.  “We aren't your staff,” her husband reminded her. “The biggest issue is bringing your work home,” Packard said. “I don't think it's healthy.”

Marrillia mentioned how she would seldom take lunch breaks, missed school events and birthday parties, and slept with her cellphone on her pillow, answering emails in the middle of the night. When she saw members of her team acquiring some of those same habits, she realized she was not setting a good example. Now she'll take an afternoon off during Keeneland's race meeting if family duties come calling. The cell phone is off the pillow.

Delgado had a similar epiphany after realizing she was not doing her co-workers any favors when she insisted on taking on more and more duties and working long hours. “I wasn't helping my co-workers to be well-rounded individuals when I'm taking on all the jobs because I didn't trust them to do it,” Delgado said.

Trust in yourself and your co-workers, Packard said, is the “most powerful workplace emotion.” The best leaders, she said, understand they have limits. Or as Dr. Dionne Benson, chief veterinary officer of 1/ST Racing, said: “I don't have to be the expert on everything, but I have experts I can go to.”

Don't Rely on Charity to Maintain Integrity – The afternoon panels dealt with “Opportunities for the Industry” and “Industry Integrity – a Brighter Future.”  The recurring message from the latter talk was that industry leadership must develop a plan to address key issues that hurt the public's perception of racing. Jen Roytz, co-owner of Brownstead Farm in Kentucky and a longtime advocate for second careers for off-track Thoroughbreds, said the industry needs to stop relying on charities to absorb the thousands of retired horses annually and have more accountability on what happens to those horses. “Aftercare should be part of the business model,” for breeders and owners, Roytz said.

Similarly, Shannon Kelly, executive director of the Jockey Club Safety Net Foundation, said that it is not “the greatest optics for there to be charity drives all the time for people in need who work on the backstretch.” Kelly delivered a powerful presentation on that subject at this year's Jockey Club Round Table.

Bo Derek, the actress who previously served on the California Horse Racing Board and is currently a member of the Del Mar Thoroughbred Club board, said the Permanently Disabled Jockeys Fund falls into that same category, constantly having to raise funds to support fallen riders.

Derek, who said she once felt like supporting racing was akin to “hanging on to a sinking Titanic,” cited significant progress with safety and welfare reforms for both horses and riders, adding there is still much work to be done.

“You can't enjoy this sport,” Derek said, “if you're concerned about the grooms, the riders getting hurt, and the horses not being treated properly.” 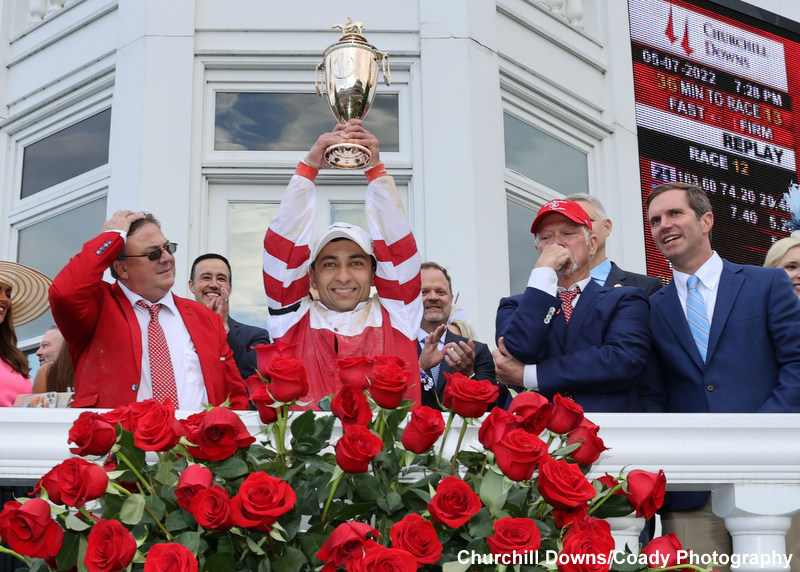 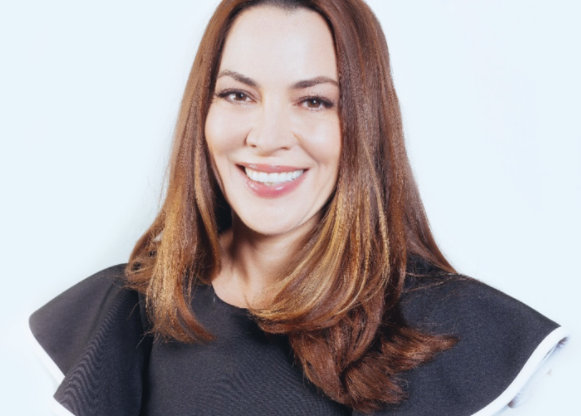 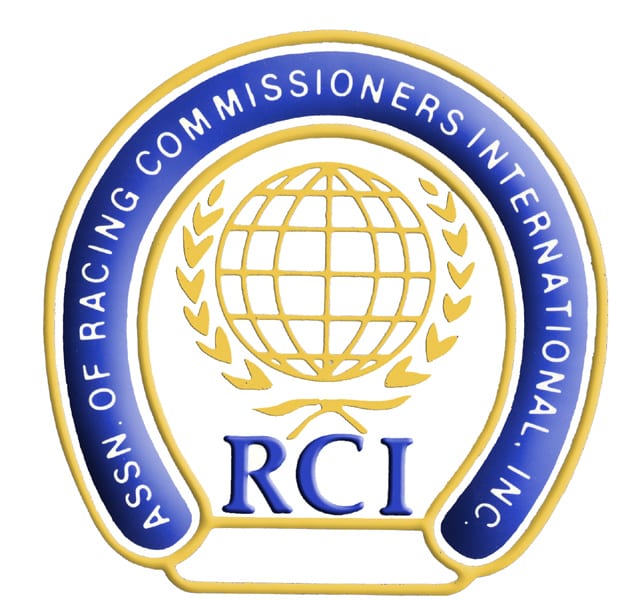