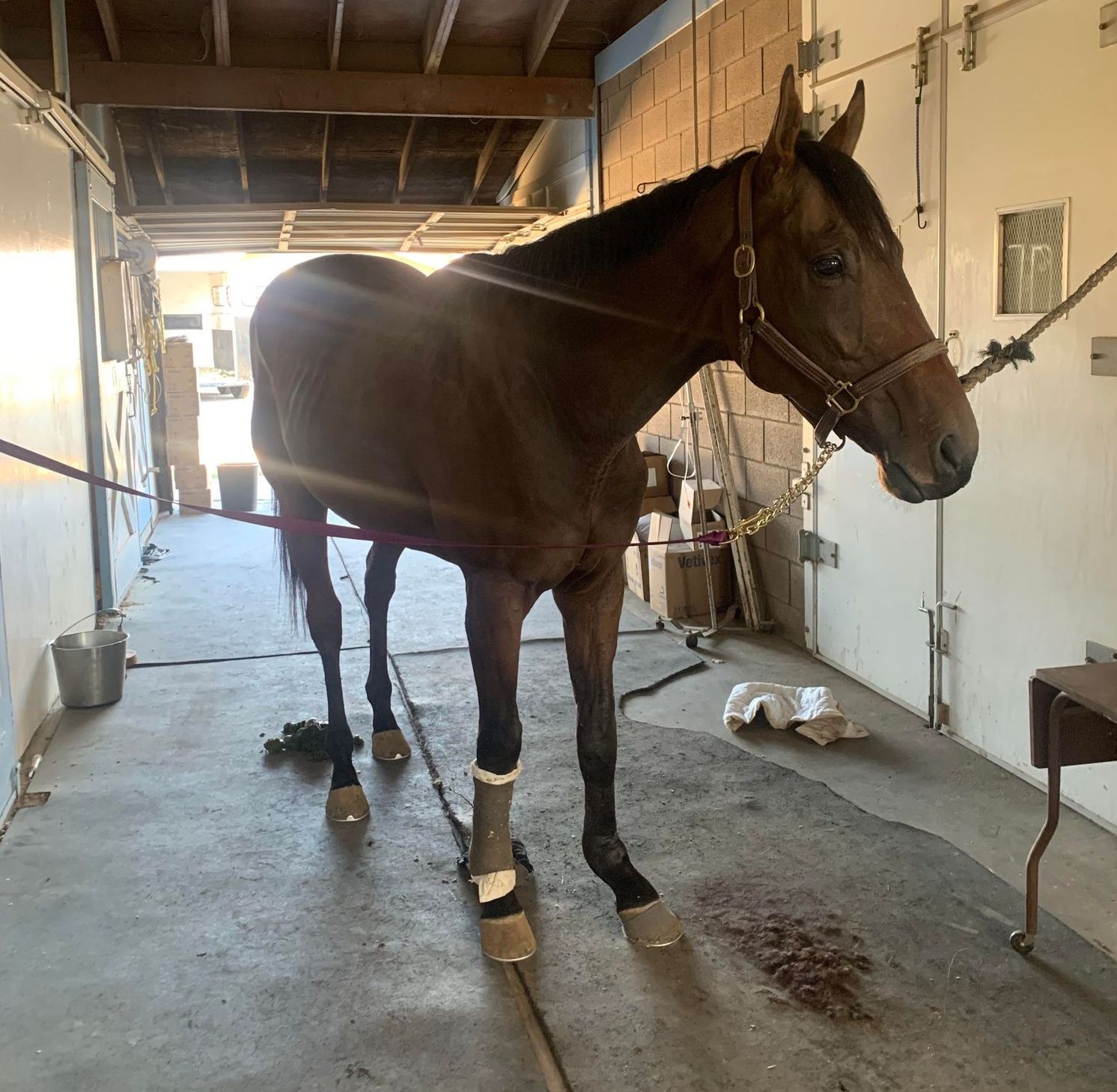 Roughly ten days after the sad story of Creative Plan was received with shock and disgust by many in the racing world, stewards in Arizona have concluded their investigation.

According to a spokesman for Arizona's racing commission, no action will be taken against licensees involved in the horse's care in his last months of life.

“The stewards interviewed multiple individuals regarding Creative Plan and determined no rule was broken surrounding this case,” wrote Maxwell Hartgraves via email. “That said, the Division of Racing continues to evaluate this matter and find improvements to horse racing in Arizona.”

Creative Plan was euthanized Feb. 11 after a veterinarian determined he had injuries too severe to be rehabilitated.

Creative Plan was claimed in his last start at Turf Paradise on Jan. 7, where veterinarians conducting a pre-race examination noted the horse as “racing sound with a choppy jog.” Curt Ferguson, the trainer who claimed the horse said he came out of the race “obviously lame” but not vanned off, and that the horse's previous trainer acknowledged the horse's condition was not unusual for him following a race. Ferguson gave Creative Plan to an employee, believing the employee would rehabilitate the horse for a racing career. Instead, the employee took the horse to a nearby livestock auction and refused to sell him to a group of aftercare advocates, instead abandoning the horse on site. The underbidder on the horse at that sale was allegedly a dealer who has been known to purchase horses for slaughter.

Subsequent to the case, Turf Paradise has re-instituted a policy prohibiting licensees from selling a horse for slaughter.

In a meeting of the Arizona Racing Commission on Feb. 15, commissioners and staff indicated the track could see a few reforms aimed at improving safety, including implementing third-party furosemide administration and unspecified changes to claiming rules. Dr. Sue Gale, one of two veterinarians responsible for examining horses pre-race at Turf Paradise, also requested more help in flagging horses in need of further scrutiny based on identified risk factors.