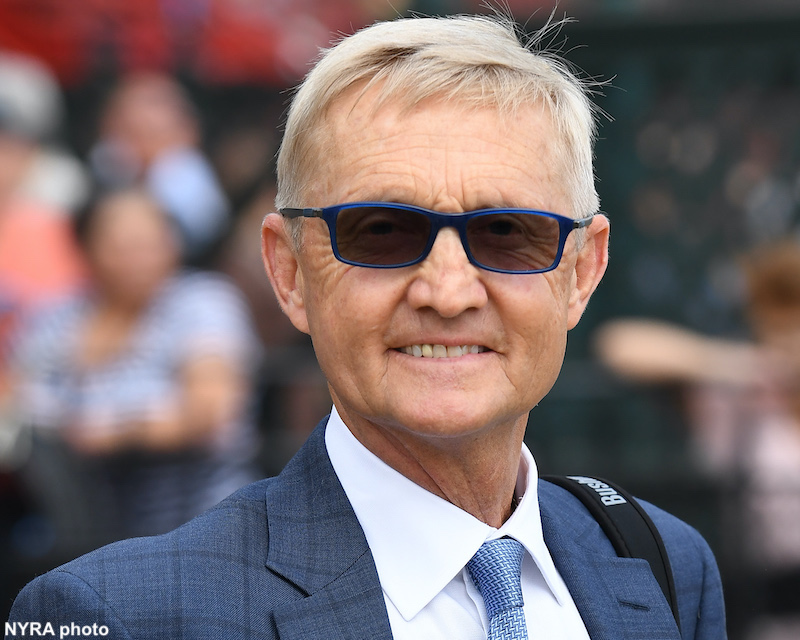 Attorneys for indicted trainer Jason Servis filed a motion on Monday in U.S. District Court for the Southern District of New York asking Judge Mary Kay Vyskocil to suppress evidence obtained through Title III wiretaps on the telephones of Servis, trainer Jorge Navarro and veterinarian Kristian Rhein in connection with the March 2020 federal indictments of more than two dozen people alleged to be involved in a multi-state racehorse doping scheme.

Attorneys Rita Glavin and Michael Considine said in court filings that the FBI in seeking the wiretaps made “material misstatements and omissions” that were “deliberate or reckless” in seeking the wiretap on Servis authorized on April 30, 2019, and extended three times. The attorneys said the wiretap resulted in the “interception of thousands of communications” of Servis, one of several trainers indicted in the federal investigation that began in 2017.

First, the attorneys state, the FBI chose not to inform the court that no horses under Servis' care failed any post-race drug tests during the span of the investigation. “By contrast,” they wrote, “horses trained by Thoroughbred horse trainer Bob Baffert (who has never been criminally charged) have failed numerous post-race drug tests in the last several years, most recently failing a post-race drug test for the 2021 disqualified Kentucky Derby winner, 'Medina Spirit.'” (Editor's Note: A hearing has yet to be conducted on Medina Spirit's positive drug test and he has not been disqualified from the Derby.)

Secondly, the attorneys allege, FBI agents consistently misstated the nature of two drugs mentioned in connection with Servis: SGF-1000, a product marketed by Kentucky-based Medivet Equine, and the bronchodilator clenbuterol.

“SGF-1000 was repeatedly tested prior to the wiretap and found to contain no performance enhancing substances,” the attorneys claim, citing a number of emails between different parties and the Hong Kong Jockey Club, whose lab apparently tested the substance that is said to contain sheep collagen as a primary ingredient. Despite that, the attorneys wrote, an FBI agent seeking the original wiretap or extensions “repeatedly described SGF-1000 to the court as a 'growth factor' and 'performance enhancing substance.'”

The attorneys' memorandum in support of the motion to suppress also quotes from intercepted comments by Rhein (a part owner of Medivet) that SGF-1000 does not contain any illegal substances.  “Everything we've done is by the letter of the law,” Rhein told Servis in one conversation.

On Tuesday, Rhein pleaded guilty in federal court to administering and distributing adulterated and misbranded drugs and faces three years in prison.

“In its zeal to secure and maintain the wiretap,” the attorneys claim, “the government also misled the issuing courts about clenbuterol, wrongfully characterizing it as a performance-enhancing drug that was banned by various state regulators. In fact, clenbuterol was expressly permitted in the jurisdictions Mr. Servis' horses raced. “Although local rules of the relevant jurisdictions provide that a horse cannot race when clenbuterol is present within their system above a certain threshold at the time of a race, none of Mr. Servis' horses failed a single post-race test during the period of the government's investigation. The government withheld this fact from the issuing courts as well,” the attorneys wrote.

Their final argument claims that the FBI “misled the court about the necessity for a wiretap of Mr. Servis' phone in its requirement to explain that 'normal investigative procedures have been tried and have failed or reasonably appear to be unlikely to succeed if tried or to be too dangerous.' … The government failed to take even the most basic of investigative steps with respect to Mr. Servis, and instead ran to the District Court for a wiretap as essentially its first investigative step.”

The motion also seeks suppression of evidence from wiretaps on the phones of Rhein and Navarro, the latter of whom has asked the court for a hearing to change his “not guilty” plea.