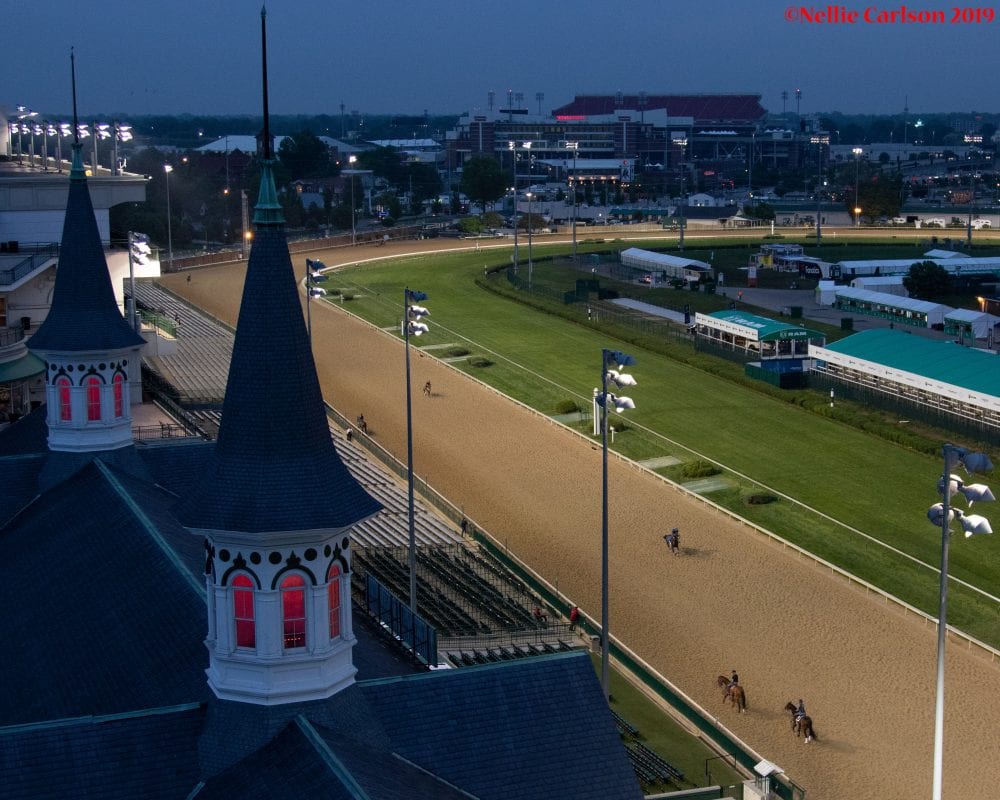 Recent medication changes implemented in California may soon make their way to Kentucky. At a Thursday meeting of the Equine Drug Research Council, committee member Mike Ziegler, executive director of racing for Churchill Downs, announced that Churchill and Keeneland have submitted draft rule language to the Kentucky Horse Racing Commission to mirror some of those changes.

Among the proposed rule changes: non-steroidal anti-inflammatories (NSAIDs) such as bute and banamine would be pushed from 24 hours pre-race to 48 hours pre-race; corticosteroids would be pushed back from one week to 14 days pre-race; bisphosphonates would be banned in racing, and the state would begin a partial Lasix phase-out. Ziegler called for furosemide administration to be outlawed on race day in 2-year-olds beginning in 2020 and eliminated on race day in stakes races for all ages in 2021.

“The rules which have been submitted are geared, quite frankly, toward saving the sport of horse racing and our industry as we know them,” said Ziegler. “Make no mistake; there is no hyperbole here: Our sport and our industry sit knee-deep in the middle of an existential crisis. We're being attacked on many fronts and we simply cannot sit back and do nothing about it and expect this to go away.

“Settling for the status quo will kill us.”

Ziegler requested the EDRC call another meeting at its earliest convenience to discuss the proposed rule language. Fellow committee member Sen. Damon Thayer, who said he was “very much in support” of the proposed rules, requested KHRC staff clarify for the committee the required procedure to begin considering the rules.

Ziegler said after the meeting such rules would likely have to be considered by the EDRC and the commission's rules committee before they would go before the full commission for approval. From there, any rules adopted by the KHRC must gain legislative approval before they may be enacted.

“The court of public opinion has convicted us and it will take significant changes to change their minds. All you have to do is look at the news,” said Ziegler. “As an attempt to try to change the narrative, Keeneland and Churchill Downs joined together this spring to try to develop a plan. We looked inward and outward at best practices nationally and came up with some protocols to try to make our racing environment safer. We've worked together to develop new measures geared toward safety and integrity and quite frankly, the public perception — which, like it or not, absolutely must become a significant part of the conversation.

“If we do not take extreme action, there's real truth to the fact that this can all go away.”