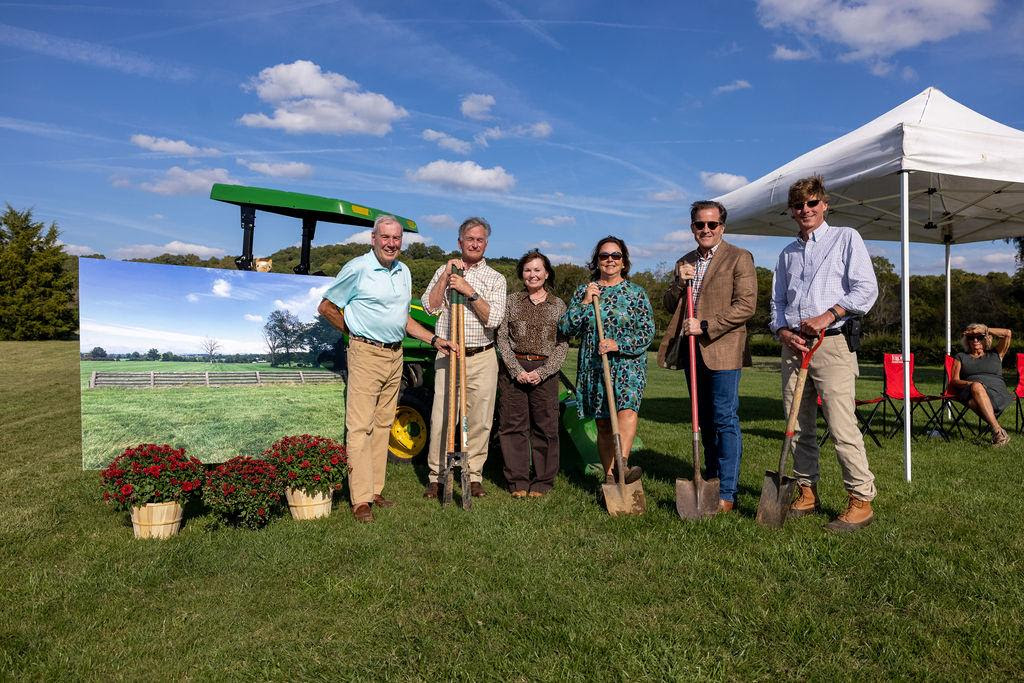 Dwight Hall with the McMillans and the Georges

“The Iroquois Steeplechase tracks are some of the best in the world,” says Iroquois Steeplechase Chairman Dwight Hall. “We take great pride in our tracks and these new improvements to the timber course will only make our world-class meet better. We're very grateful to the Leiper's Fork Steeplechasers and McMillan family who have been so instrumental in Nashville's grand tradition.”

The Iroquois Steeplechase has been a pillar of the community since 1941. Held the second Saturday of May, Nashvillians gather at Percy Warner Park to watch world-class steeplechasing while raising money for local charities. More than $12 million has been donated to the Monroe Carell Jr. Children's Hospital at Vanderbilt since 1981.