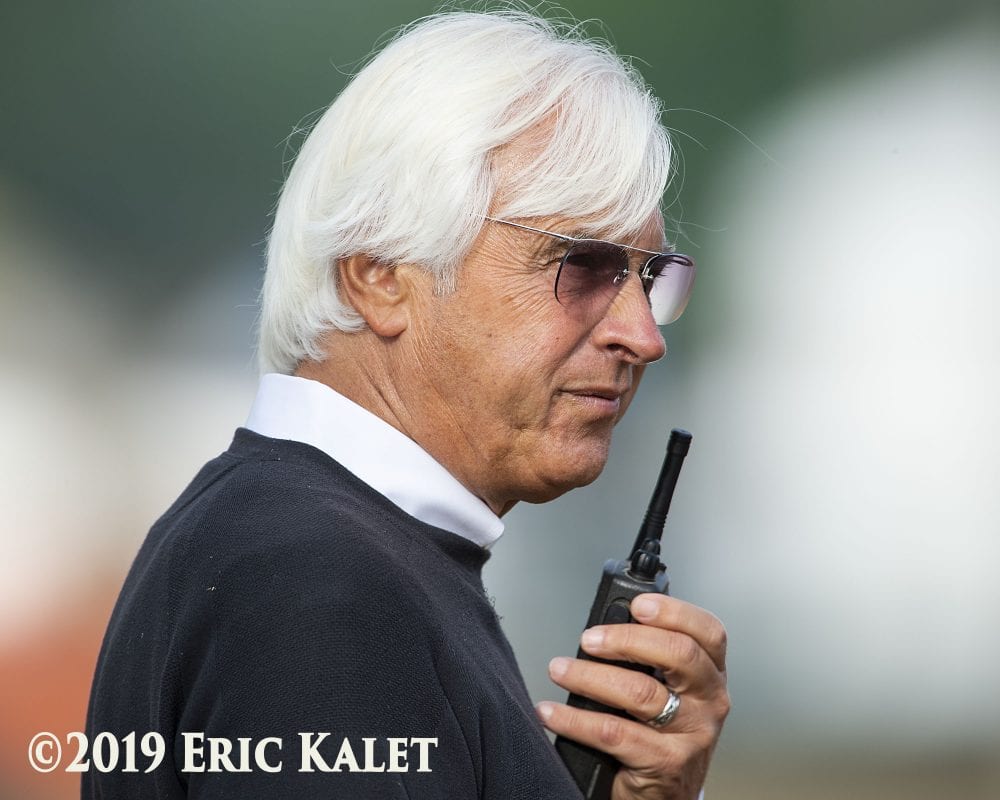 Hall of Fame trainer Bob Baffert has been dealt a blow in the ongoing legal battle surrounding Medina Spirit's betamethasone overage after the 2021 Kentucky Derby. Franklin County Circuit Court Judge Thomas Wingate issued a ruling on March 21 siding with the Kentucky Horse Racing Commission (KHRC) and denying Baffert's bid to overturn the commission's refusal to issue a stay of his suspension.

In many cases, trainers request and are granted a stay of suspension if they're in the process of appealing a stewards' ruling. Baffert requested and was denied a stay by the KHRC.

As with most court actions at the local level, Wingate's decision may be appealed. According to Wingate's ruling, Baffert has until April 4 to receive relief from the Kentucky Court of Appeals. If he does not receive it by that point, he will have to begin serving his suspension on that date.

“We are disappointed with the decision of the Franklin Circuit Court denying a stay of the stewards' rulings,” read a statement from Clark Brewster on behalf of Baffert. “Given the importance of the matter, we intend to immediately appeal to the Kentucky Court of Appeals.”

The suspension will be reciprocated by other states, and per California regulation, could require Baffert to remove his signage and equipment from his barns at his home base at Santa Anita Park and send horses to be conditioned by someone other than his assistant training staff.

At arguments before Wingate on March 17, Baffert's attorney W. Craig Robertson argued that a 90-day suspension would end his client's career, and pointed out that it was rare for the KHRC to deny a licensee a stay when it was requested. KHRC executive director Marc Guilfoil had made the initial decision to deny the stay, which was upheld by a unanimous vote from the commission. At the March 17 hearing, Guilfoil explained that Baffert's recent history of therapeutic medication positives, combined with his shifting public statements and explanations for these overages, led him to conclude that staying the suspension could cause harm to the betting public, Baffert's competitors, and the perception of integrity within the sport.

In his March 21 ruling, Wingate wrote that while most stays are granted, requests for stays “must be evaluated on a case-by-case basis” and that if stays were automatic, the existing regulatory language would not indicate that they should be evaluated individually.

While Guilfoil's letter to Baffert did not elaborate on his rationale, Wingate said he found Guilfoil's testimony on March 17 adequate to demonstrate he didn't make the decision arbitrarily.

Particularly, Wingate found Baffert's arguments of “irreparable injury” insufficient. Baffert had argued that a 90-day suspension would force him to sit out limited, lucrative opportunities like graded stakes races, including the Triple Crown, and cited a series of cases where athletes were granted injunctive relief in similar situations.

Wingate points out that Baffert is more akin to a coach than an athlete, as the horses he trained will not be penalized and will be free to compete from other barns during his suspension. Further, the judge didn't buy Robertson's argument that a 90-day suspension would be the end for Baffert.

“On the outset, the Court is confident that Baffert's career will not be destroyed by this ninety (90) day suspension,” the ruling read. “Baffert's track record speaks for itself.”

Finally, one of the standards Wingate cited was the need for Baffert's counsel to raise “substantial question on the merits” of the underlying appeal in the KHRC's drug positive case. Wingate, who mentioned on March 17 that he would likely not be the one to hear the actual appeal, clarified that his role in adjudicating the stay was determining if he thought it was likely Baffert would be successful in the appeal.

Wingate referenced the Graham Motion case surrounding a methocarbamol overage from trainee Kitten's Point. Wingate heard an appeal from Motion in that case, and then ruled that the commission's regulation of methocarbamol was “arbitrary and capricious and there was no rationale to uphold the constitutionality of the regulation” and also “focused on the scientific evidence that methocarbamol would not have any effect on a horse” at the levels found in Kitten's Point. Wingate was later reversed by the Kentucky Court of Appeals because the effects of methocarbamol were not completely known. In its ruling, the appeals court noted:

“If the agency's statutory mandate were interpreted to create a right to run horses carrying drugs unless an effect of the drug could be proven, every drug violation would turn into a science contest. There are scores (or more) of other drugs for which there are no studies on how the drug affects a horse. There would be no predictability and consistency in decisions. Abandoning zero-tolerance would transfer to the courts a task the legislature has delegated to an agency's expertise, and would make all drug regulations perpetually subject to change, thereby crippling the agency's ability to perform its statutory mandate.”

Wingate wrote that he found that conclusion “instructive” and that “the actual effect of a banned drug is irrelevant. Therefore, Plaintiffs have failed to demonstrate a substantial likelihood of success.”

At the March 17 hearing, Robertson said Baffert and Medina Spirit owner Zedan Racing are scheduled to take the next step in their appeal of the medication positive on April 18. On that date, a hearing officer appointed by the KHRC will listen to arguments from both sides and issue a report determining whether to uphold the stewards' original rulings disqualifying the horse from the race and imposing the penalties against Baffert.

At that hearing, Robertson had indicated that not granting Baffert a stay would essentially make his appeal of the drug positive moot, as his primary objection to the stewards' decision was the 90-day suspension.