Franklin County Circuit Court Judge Thomas Wingate determined at a hearing on March 2 that he would not yet rule on whether to side with trainer Bob Baffert or the Kentucky Horse Racing Commission in their dispute about the trainer's suspension.

Baffert had been given a 90-day suspension by KHRC stewards last week for the betamethasone overage of Medina Spirit in the 2021 Kentucky Derby. He is appealing that ruling, and like most trainers do, he requested the suspension be stayed until he can complete his appeals process. KHRC staff denied his request for a stay last week, requiring him to begin his suspension as scheduled on March 8.

As was widely reported on Feb. 28, Baffert's attorneys filed in Franklin Circuit Court requesting the judge overturn the KHRC's denial of the stay, but they also appealed the denial to the KHRC itself. After Wednesday's hearing, Baffert attorney W. Craig Robertson explained to media that the usual process for appealing a stay denial is for the licensee to request a review by the chairperson of the KHRC first, in hopes the chair may go against the determination of commission staff. If the chair does not overturn the stay denial, at that point the question would go to Franklin Circuit Court.

Robertson indicated that a meeting with KHRC chairman Jonathan Rabinowitz is set for March 4, with the belief he may not make a decision on the stay immediately. If Rabinowitz decided to overturn the staff's decision to deny, any ruling by Wingate this week would have become moot.

Wingate decided that he would set up a tentative hearing date to hear arguments about the stay, in the event Rabinowitz upholds the staff's decision to deny. That hearing will take place March 17, with a decision by Wingate expected on March 21.

Attorneys for both parties agreed that until March 21, Baffert's suspension will be “held in abeyance” and he won't be required to begin it as scheduled.

The debate about the denial of the stay of suspension is a separate legal matter from Baffert's appeal of the stewards' ruling, which also fined him and disqualified Medina Spirit from his victory in the 2021 Kentucky Derby. The next step for a trainer appealing a stewards' ruling would be an appeals hearing which could take place before the full commission, or before a commission-appointed hearing officer. Robertson said Wednesday he has learned the KHRC has appointed a hearing officer, and that the parties would be making plans later that day regarding scheduling timeframes for the hearing officer to hear the case. He did not expect dates would be set to hear the appeal before next week.

Wingate, who has presided over a number of racing-related cases through the years, did not delve too far into the merits of the argument over the stay of suspension but did make a few comments indicating his initial reaction to the situation.

He did mention that he couldn't recall seeing a situation where the commission had denied a stay in the past but that “of course, this is a highly unusual circumstance.”

“But most other trainers, I don't think they have the legal team Mr. Baffert does to drag it out until he decides to retire to Jamaica or something,” he added.

The KHRC filed its response on March 1 to Baffert's motion to stay the suspension, noting that the trainer had four medication violations in 365 days, including his overage from the 2021 Kentucky Derby. He also picked up a betamethasone positive in the 2020 Kentucky Oaks with Gamine, and the KHRC pointed out that the two lidocaine positives in Arkansas resulted in fines, even though the suspension and disqualifications in those cases were vacated on appeal.

As a matter of policy, the KHRC and its counsel have been unable to comment on the case in the months since Baffert announced the drug overage the week after the Run for the Roses. The public had grown restless for some update in the case prior to the stewards' ruling last week; in the response filed March 1, the KHRC attributed a two-month lag between the completion of Baffert's additional testing of biological samples and the stewards' hearing to “testing delays and scheduling issues on the part of the plaintiffs' attorneys” and said the stewards “reviewed hundreds of pages of documentation and considered witnesses' testimony.”

Also taking a shot at Baffert's argument that the route of administration of the betamethasone mitigates a need for penalties, the KHRC wrote that there is a section of regulation that lists drugs which may be present in a horse below certain thresholds, and the section does not include betamethasone.

“No one currently knows the therapeutic level of betamethasone,” the response read, appearing to confront Baffert's argument that the amount of betamethasone detected could not have reasonably had an impact on Medina Spirit's body. “Where, as here, the pharmacological effects of a medication are not fully understood, the Commission has a 'rational reason' for imposing a limit of detection threshold on that medication.”

Kentucky moved to limit of detection regulations for betamethasone and other corticosteroids before Gamine's violation in the 2020 Kentucky Oaks.

“Mr. Baffert has never cast aspersions on the chain of custody leading up to the tests,” the document read. “Nor has he denied the results themselves. Mr. Baffert admits that, with his authorization and approval, his team administered a substance containing betamethasone to Medina Spirit 'once a day, for several days … and [on] the day before the Derby.' Mr. Baffert further admits that this ointment administration was the source of his medication positive.”

The document further states that the commissions' regulations to not distinguish between routes of administration for regulated drugs like betamethasone. 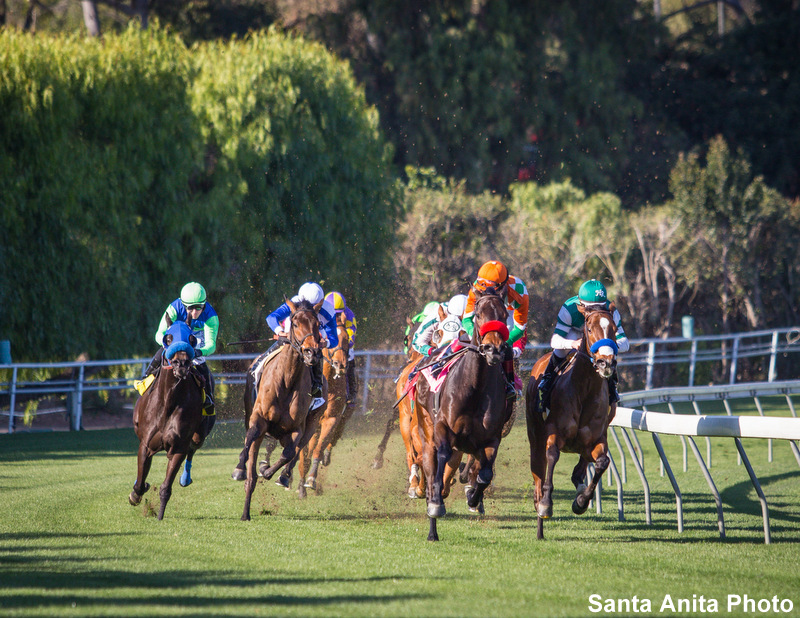