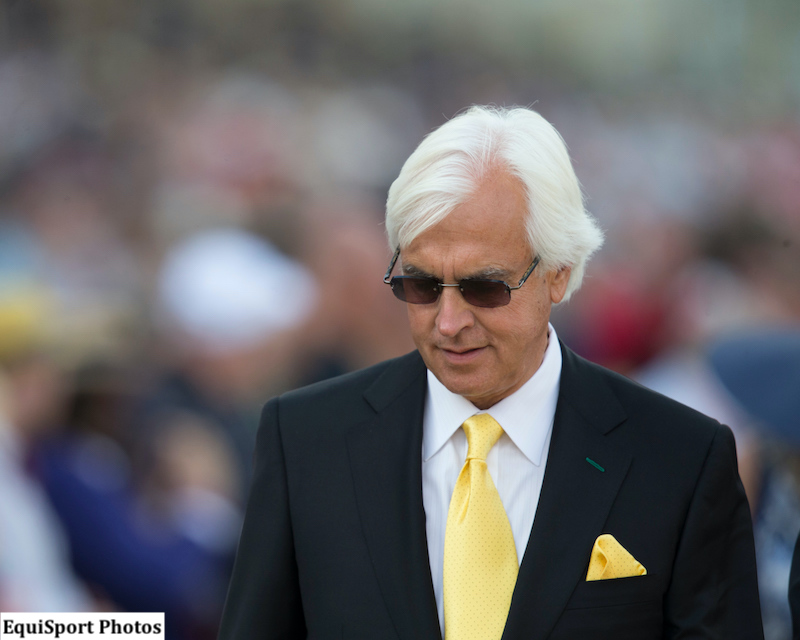 A total of 74 horses in the care of trainer Bob Baffert have died since the year 2000, according to records compiled by the Washington Post and released in a lengthy article on Friday. When factoring in the number of races run, Baffert trainees have died at the highest rate of the 10 California trainers with the highest number of equine fatalities: 8.30 deaths per 1,000 starters.

(Trainer Jerry Hollendorfer, banned from racing at tracks owned by the Stronach Group, including Santa Anita and Golden Gate Fields in California, has a rate of 6.25 deaths per 1,000 starts.)

Baffert faced regulatory scrutiny once for that high death rate, in 2013, when a seventh horse from his barn suddenly dropped dead for no apparent reason. Dr. Rick Arthur, the California Horse Racing Board's equine medical director, opened an official investigation into Baffert's operation.

Washington Post investigative reporter Gus Garcia-Roberts points out that around the time that Arthur was putting together the report on Baffert, a state legislator who formerly worked for Thoroughbred Owners of California (TOC) board member Dennis Cardoza (who co-owned a horse trained by Baffert) had filed legislation to put a term limit on the equine medical director position that Arthur was holding.

Baffert is also a board member of the TOC, and his racing stable donated $1,000 to the TOC's political action committee the previous August.

Arthur eventually ruled that while Baffert was treating every horse in his stable with a thyroid medication without veterinary prescription, that was not the cause of the sudden deaths. Arthur's report delivered in November of 2013 indicates he found no explanation for the sudden deaths in Baffert's barn, and that while “something under his control is associated with these fatalities,” regulators cannot act without evidence of rule violations.