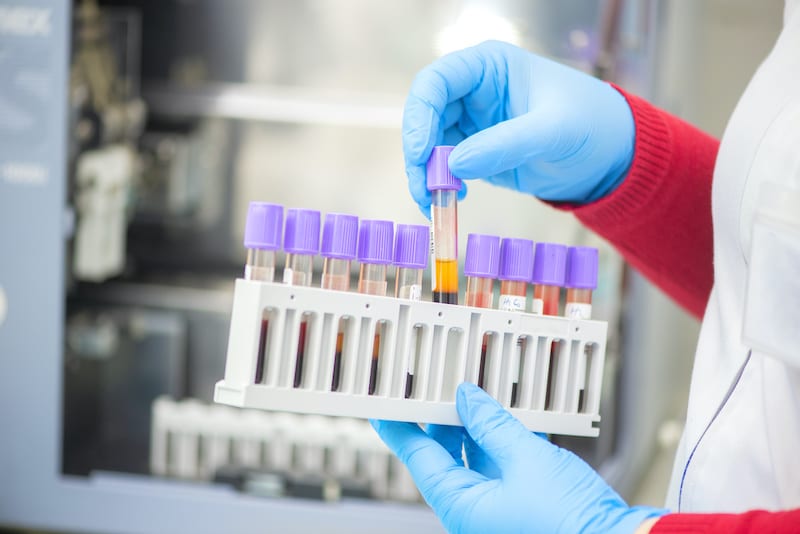 The recent rash of zilpaterol positives in Louisiana Quarter Horse racing left a lot of outsiders scratching their heads. Since February of this year, a total of 21 trainers have gotten 49 positives for the substance, a Class 2 drug that is only approved by the Food and Drug Administration for use in cattle. It's not the first time zilpaterol has been found in racehorses; its use in beef cattle is primarily weight and muscle gain, which could be attractive to trainers expecting to bulk up a horse. At a recent meeting of the Louisiana State Racing Commission, two of the trainers facing years-long suspensions blamed the positives on the use of a supplement advertised to build muscle mass.

Eddie Guidry, attorney for trainer Lanny Keith, said after the meeting that he believed use of such a supplement had been going on for a long time on the backstretch, maybe as long as three years.

In late 2021, the Louisiana Quarter Horse Breeders Association board began hearing concerns from its members about integrity of racing in the state. According to LQHBA executive director Bruce Salard, there were rumors about possible use of a new synthetic performance-enhancing medication that could not be detected in testing. Salard and the LQHBA board decided to conduct a fact-finding mission.

Ahead of the Louisiana Million Futurity in December, Salard asked the commission whether the two organizations could collaborate on additional testing of the split samples from the race.

“With the support of the Louisiana state racing commissioners, especially Mr. Louis Reine, we were able to have the Louisiana commission do it under their custody and control,” Salard said.

Salard knew in advance that the winner and the runner-up from the race would most likely be tested, but the stewards were responsible for choosing two additional horses for testing. Of course, he did not know which horses would finish where – and the point was general surveillance, not to take a look at any one operation.

“The forensic testing was never done to target any horse, any trainer, any owner. The forensic testing was done to find prohibited substances,” Salard said. “It was a surprise because there was never any intention to target anyone or entrap anyone. There are 13 board members on the LQHBA and therefore everyone had knowledge of it, and you know how many trainers they know.

There were four total tests sent from the Futurity to the Louisiana State University's Equine Medication Surveillance Laboratory. Once LSU cleared the samples and the purse was released, the commission authorized release of the split samples, by then unneeded, to an independent lab contracted by LQHBA. The lab conducted a full battery of tests, which took several weeks. The results were first sent to the commission around Jan. 25 and disclosed to the LQHBA a day later. Salard was surprised by the findings.

The testing didn't find anything resembling the designer drug Salard had been tipped about.

It turned out that for the purposes of Quarter Horse stakes races in Louisiana, the LSU lab had been using Thoroughbred Owners and Breeders Association (TOBA) graded stakes testing protocol. This battery of tests includes certain required substances that must be tested for, and other optional substances that may or may not be included. In the case of the Futurity, Salard learned that zilpaterol was one of the optional substances and hadn't been included. He said he did not know whether it was standard for LSU to use TOBA stakes testing on all Quarter Horse stakes races. (The TOBA protocols changed in January 2022, making zilpaterol a required testing substance.)

“As far as what the LSU lab does or does not do, I am not a regulator,” said Salard.

After this discovery, LSU seems to have changed its testing protocol. (A spokeswoman for LSU said that lab policy “prohibits us from sharing information about testing with anyone other than the Louisiana State Racing Commission.”) That's when the rush of zilpaterol positives poured in.

Stewards hit all offending trainers with a six-month suspension for each zilpaterol positive and referred the cases to the commission for further adjudication. On April 26, commissioners voted to double those penalties to one year for each positive. The governing body heard the cases of five trainers and 21 drug positives. There are six more trainers with 11 positives who will likely be heard at the next regularly-scheduled meeting in June. Another 10 trainers with 17 total positives have had positive tests come in but are awaiting stewards' rulings.

Salard said that the activities of LQHBA weren't kept a secret. The board was aware in December that this fact-finding testing was coming, and anyone on the backstretch who trained for a board member may have been made aware then, too. As revealed earlier this week, at least one trainer was also informed about his first zilpaterol positive before saddling horses that accumulated more failed tests.

“The project was announced at a board meeting on Dec. 18, the night of the final,” he recalled. “So it was not something that was considered anything other than public information. We wanted people to know we were working with the racing commission, we were listening to them. We were worried about our yearling sale. We were concerned about Quarter Horse breeders in Louisiana. We wanted people to know we were trying to do everything we could as a breed organization to support our regulator.”

Although such a high number of zilpaterol positives has put a critical eye on Quarter Horse racing in the state, many in the industry are hopeful the headlines will be the start of a cleaner program.

This year, the LQHBA is requiring horses participating in futurities in the state be eligible for hair testing, and has notified owners that the top 20 finishers in futurity trials may need to provide negative hair tests between trials and futurity races, during which time horses must stay on the track and be available for inspection. The first hair samples in the new program were to be pulled May 2. That testing will occur at the expense of the LQHBA.

At this week's commission meeting, commissioners voted to make all Quarter Horses in the state subject to random hair testing in 2023.

“The LQHBA board of directors traveled to Oklahoma City in May 2021, many at their own expense, to discuss hair testing that was adopted by the Oklahoma Quarter Horse Racing Association and how that process worked. We did this because we wanted to ensure the integrity of the Louisiana Quarter Horse breeding and racing industry,” said Salard.

He said the commission took his group's concerns about illegal drugs seriously.

“I want to credit the Louisiana State Racing Commission – on the night of the finals, there was an unannounced state police officer at the stall of all 10 finalists for the million-dollar race, and that state police officer stayed at that stall from prior to post time for the first race until the four horses selected for testing were walked over to the test barn,” he said.

Salard credits the racing commission and its staff along with LQHBA president Kirt Chaisson with pressing on with the project, which has not been without criticism since it resulted in so many positive tests. Salard also has a promise for trainers in the future: the program may continue. LQHBA has struck an agreement with the commission to continue sending split samples for outside testing when the group thinks there could be a medication problem afoot. They're still hopeful they can stay ahead of the doping threat.

Editor's note: The story has been corrected to reflect that the TOBA graded stakes testing protocol which listed zilpaterol as an optional, rather than required test, is now outdated. The protocol shifted to make zilpaterol part of the required testing in January 2022, 14 months after commissions were informed the change would be coming.