Agent Ron Anderson: Knicks Go 'Seems To Run Around The Turn As Fast As He Does Around The Straight' - Horse Racing News | Paulick Report
Skip to content

Bet on this: there are at least two sure things when the 2021 Eclipse Award winners are announced at the 51st annual dinner Feb. 10 at Santa Anita: Joel Rosario will be named top jockey and Knicks Go will be named Horse of the Year.

Take it from Ron Anderson, agent for Rosario, the regular rider of Knicks Go, who is set to make his 2022 debut in the $3 million Pegasus World Cup Invitational at Gulfstream Park a week from tomorrow on Jan. 29.

“I don't know how they could deny Joel,” said Anderson, who has been his agent since 2012 and who also represents Hall of Fame veteran John Velazquez.

“Joel led the country in graded stakes wins and purse earnings, and he would have broken the records if he hadn't missed time due to injuries, but he had an outstanding year and it's justified that he wins.”

Rosario was aboard Knicks Go in his last four races, winning wire-to-wire as is his wont, including the Breeders' Cup Classic at Del Mar last Nov. 6.

“He was riding at Keeneland last Fall,” Anderson recalled, explaining how Joel got the mount, “and Brad (trainer Brad Cox) needed a rider for Knicks Go in an allowance race. Joel rode him and the horse ran freaky.

“It just so happened the Breeders' Cup was at Keeneland in 2020 and we rode him back and won the (Dirt) Mile. There's no big story to it. I just was riding at Keeneland on the right day, and ended up on Knicks Go who's an awfully unique horse.

“You can't run with him, or you're going to come out feet first, and if you let him go, he's probably one of the very, very best horses around the turns that I've ever seen.

“He seems to run around the turn as fast as he does around the straight. He would have been a crazy bull ring horse back in the day when we had bull rings. When he gets to the three-eighths pole he just takes off, and he runs the turns so well that many can't catch him. If they try and catch up, they spend their energy trying to get within range and then he just takes off again.

“From 1984 to 2021, I've won 38 Breeders' Cup races as an agent, my point being I've been around a lot of really good horses, a lot of good three-year-olds and won 15 Triple Crown races but Knicks Go is maybe as unique a horse as I've ever seen.

“He's going to make the lead, so it will be interesting to see what happens (against Life Is Good in the Pegasus), because basically it's going to be a match race.”

“There will be others in the race but it comes down to Life Is Good and Knicks Go,” Anderson said. “Good luck to Life Is Good, but he's not going to be in front of my horse; there's just no way.

“He's not only fast, but more important, he's quick on his feet. It doesn't take him but three or four strides to be gone. When they leave the gate, he's going to be in front, and they're going to have to try and get him at some point.

“It's happened far more than once. He leaves there in front, he's a length or two further in front at the first turn, then it seems they try and catch up going into the turn, and just about that time he takes off again.

“He's a very unique animal and he's been very good to us.” 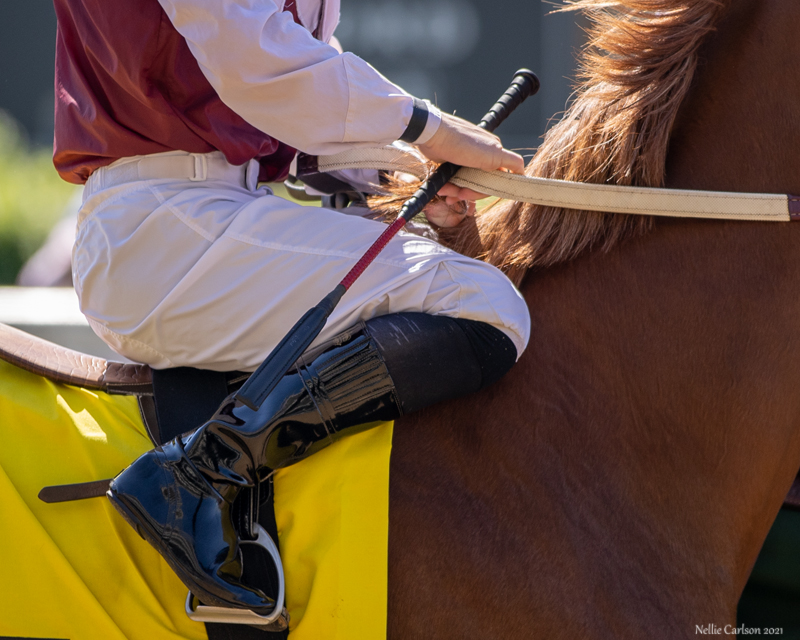