Bonny South was a highly-touted 3-year-old filly last winter following her 2 ¼-length victory in the Fair Grounds Oaks. Following nearly four months on the sidelines, the daughter of Munnings returned in the $400,000 Ashland (G1) where she finished fourth behind Speech, Venetian Harbor and fellow Falls City rival Envoutante.

Following her race in the Ashland, Cox shipped Bonny South to Saratoga where she was the runner-up behind Swiss Skydiver in the $500,000 Alabama (G1). Bonny South will enter Thursday's Falls City following a narrow defeat in the Oct. 3, $250,000 Black Eyed Susan (G2) at Pimlico. This will mark her first race against elders.

Jockey Florent Geroux has the call on Bonny South who will break from post position No. 3.

Chief among Bonny South's rivals in the Falls City is Walking L Thoroughbreds LLC and Three Chimneys Farm's $100,000 Remington Park Oaks (G3) winner Envoutante. Trained by Kenny McPeek, Envoutante has faced Bonny South twice in her eight-race career. Envoutante got the better of Bonny South by two lengths in the Ashland but was defeated by 7 ¼ lengths as the fourth-place finisher in the Alabama.

Brian Hernandez Jr. rides Envoutante in the Falls City from the rail.

Also entered in the field of fillies and mares is Farfellow Farm's multiple graded stakes placed Another Broad, who will make her first start under the care of Steve Asmussen; LBD Stable and David Ingordo's $125,000 Shuvee (G3) third-place finisher Our Super Freak; and G. Watts Humphrey Jr.'s graded stakes placed duo of Cash Out and High Regard, who are joined in the gate by his three-time winnerOver Thinking. 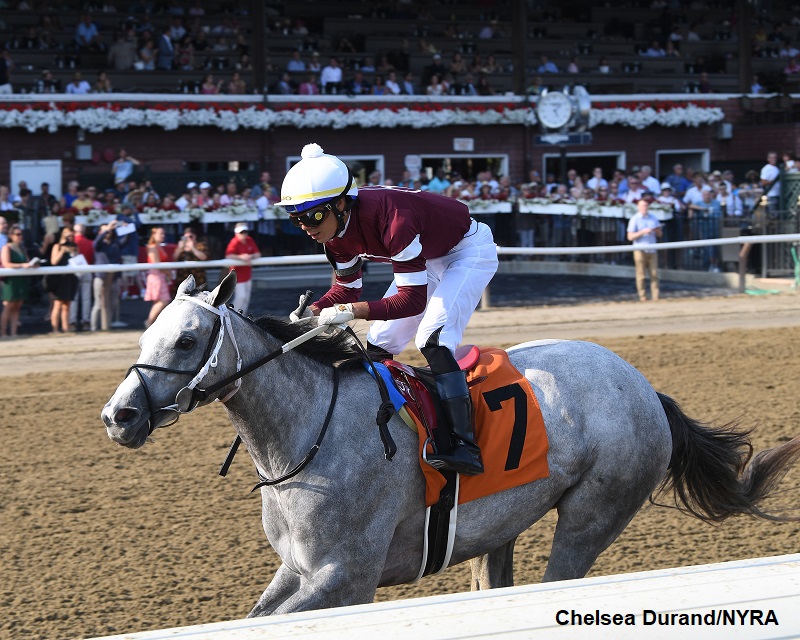