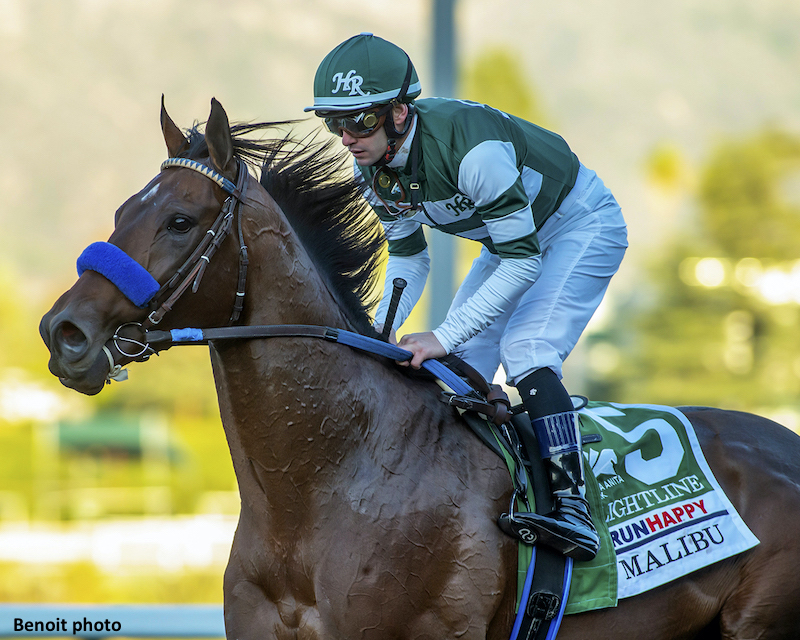 Talented 4-year-old Flightline posted a five-furlong workout on Monday at Santa Anita Park in Arcadia, Calif., receiving a final time of 59.60. Trainer John Sadler is aiming the son of Tapit for the Grade 1 Metropolitan Handicap at Belmont Park on June 11, the undercard for the Belmont Stakes.

Jockey Flavien Prat was aboard for the work, according to the Daily Racing Form. Sadler has been focusing on teaching Flightline to settle in the earlier parts of his workout, as the Met Mile over eight furlongs will be the longest race of his career thus far.

“We've put a lot of work in getting him to relax,” Sadler told DRF. “He looks like he's going in a mere gallop. He'll always have speed to get position. He doesn't have to be a front-runner. We're dialing in.”

Bred in Kentucky by Summer Wind Equine, Flightline is out of the Grade 3-winning, multiple Grade 1-placed Indian Charlie mare Feathered. He commanded $1 million as a yearling at the Fasig-Tipton Saratoga Select sale.

The Met Mile will be Flightline's first start since the Malibu.