Off the pace early, Hong Kong Harry closed with determination in the stretch, dispatched the two front-runners in the shadow of the wire, and captured the $250,000 Seabiscuit (G2) Saturday at Del Mar.

Ridden by Flavien Prat from trainer Phil D'Amato, Hong Kong Harry rallied strongly through the final furlong and to the outside of pacesetter Masterofhounds and runner-up Beyond Brilliant, who had collared that rival in the final sixteenth to lead. Hong Kong Harry eagerly responded when called upon and was up in the final strides to prevail by a neck as the 8-5 favorite in the eight-horse field.

A 5-year-old Irish-bred gelding by Es Que Love, Hong Kong Harry came into the Seabiscuit off a victory in the Del Mar Mile (G2) Sept. 3. Prior to that he was runner-up in the Eddie Read (G2) July 30 at the seaside track after capturing his first graded race in the American (G3) June 19 at Santa Anita. His 2022 record improves to 5-1-0 from six starts, and overall his career line stands at 9-2-1 from 13 outings and $565,097 in earnings.

Hong Kong Harry, whose dam is the Gold Away mare Vital Body, is campaigned by Scott Anastasi, Jimmy Ukegawa, and Tony Valazza. He returned $5.20. 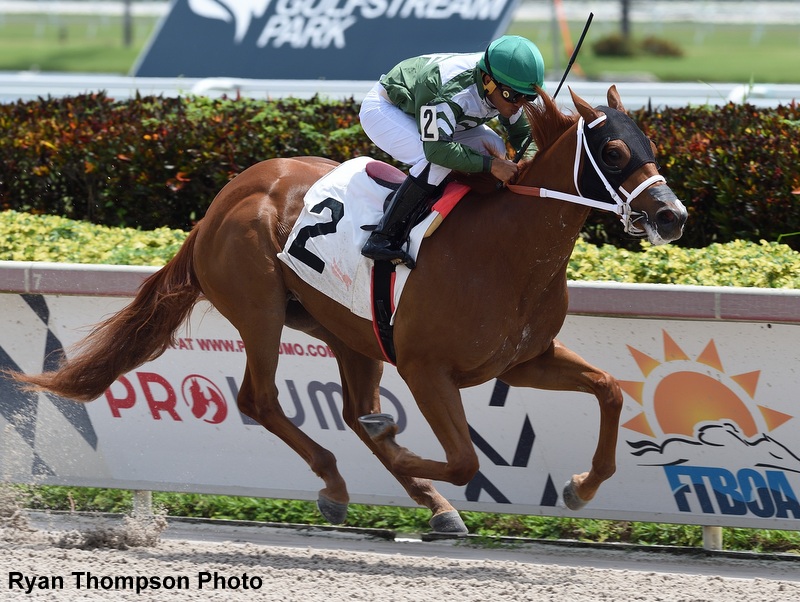 Pegasus: Grade 1 Winner Proxy Becoming ‘The Horse We Thought He Could Be’