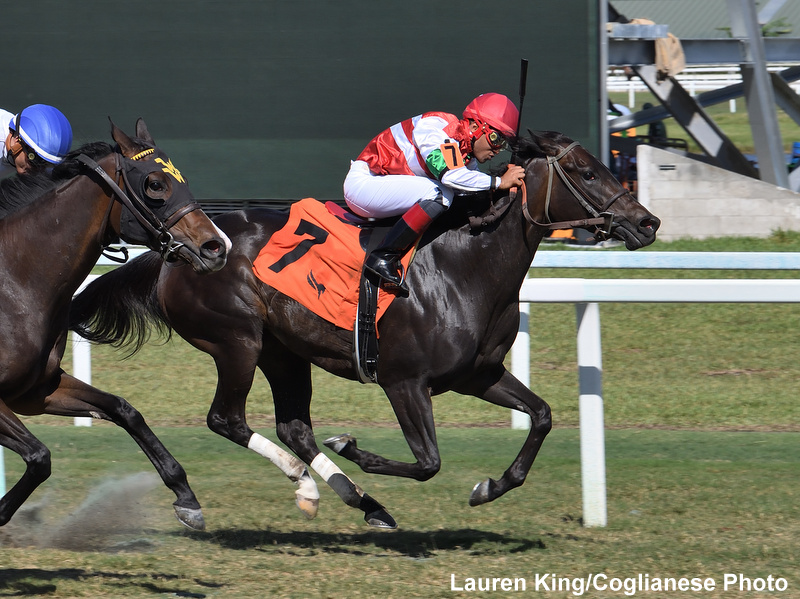 Monarch Stables Inc's Last Leaf is scheduled to make her welcome return to Gulfstream Park Saturday in the $200,000 Inside Information (G2).

When last seen at Gulfstream, the daughter of Not This Time rolled to a 3 ½ length victory in the July 16 Azalea Stakes before embarking on a productive four-race campaign in Kentucky. The Ron Spatz-trained filly will break from Post No. 9 in a field of 10 in search of her first graded-stakes success.

“I like the post. She likes being outside. I don't know how much conditioning she may have lost while in transit, but I got three works into her, so that should be enough for her,” Spatz said.

After scoring back-to-back wins in the Game Face and Azalea at Gulfstream, Last Leaf ventured to Ellis Park to capture the Aug. 14 Audubon Oaks. She made three more starts in Kentucky for trainer Eddie Kenneally, finishing fourth and fifth in the Dogwood (G3) at Churchill Downs and fifth in the Raven Run (G2) at Keeneland, respectively, before surging from 10th in the stretch to finish second over Turfway's all-weather surface in the Dec. 2 Holiday Inaugural Stakes.

Last Leaf is back at Gulfstream with Spatz, who has saddled her for multiple stakes victories on both turf and dirt in which she has demonstrated an uncommon will to win against fillies and colts.

“Some horses just have more fight in them than others do,” Spatz said. “She certainly, for a small horse, has a big heart.”

“I think it's just dumb luck, but I've been very fortunate to have some talented fillies come through my barn – again, modestly priced fillies that had some talent and desire,” Spatz said.

Miguel Vasquez, who was aboard for her victories in the Game Face and Azalea, has the call on Last Leaf in the deep Inside Information field.

“When you get into these Grade 2s, you're getting into some good horses, good trainers and good jockeys,” Spatz said. “You just hope you get a clean trip to show off their best and at least get a piece of it. A Grade 2 placing for a filly like her is very important.”

Juddmonte's Obligatory will bring Grade 1 credentials into the Inside Information. The 5-year-old daughter of Curlin captured the Derby City Distaff (G1) at Churchill Downs after winning the Hurricane Bertie (G3) at Gulfstream last season. Trained by Hall of Famer Bill Mott, the Juddmonte homebred, who broke her maiden in her second career start at Gulfstream in 2021, has earned more than $1.375 million.

Jose Ortiz has the return mount on Obligatory.

Rodney Lundock's Maryquitecontrary, a winner of five of six career starts, is scheduled to make her graded-stakes debut in the Inside Information. The 4-year-old daughter of First Dude is coming off an eye-catching 3 ¼-length victory in the Dec. 31 Rampart. The Joe Catanese-trained Florida-bred's only loss came in a second-place finish behind Last Leaf while making her second career start in the Azalea Stakes.

Luca Panici, who is 5-for-5 aboard the homebred filly, has the call.

Godolphin LLC's Famed is scheduled to seek her first graded-stakes victory after winning the She's All In Stakes at Remington Park for trainer Brad Cox. Florent Geroux has the return mount on the daughter of Uncle Mo. 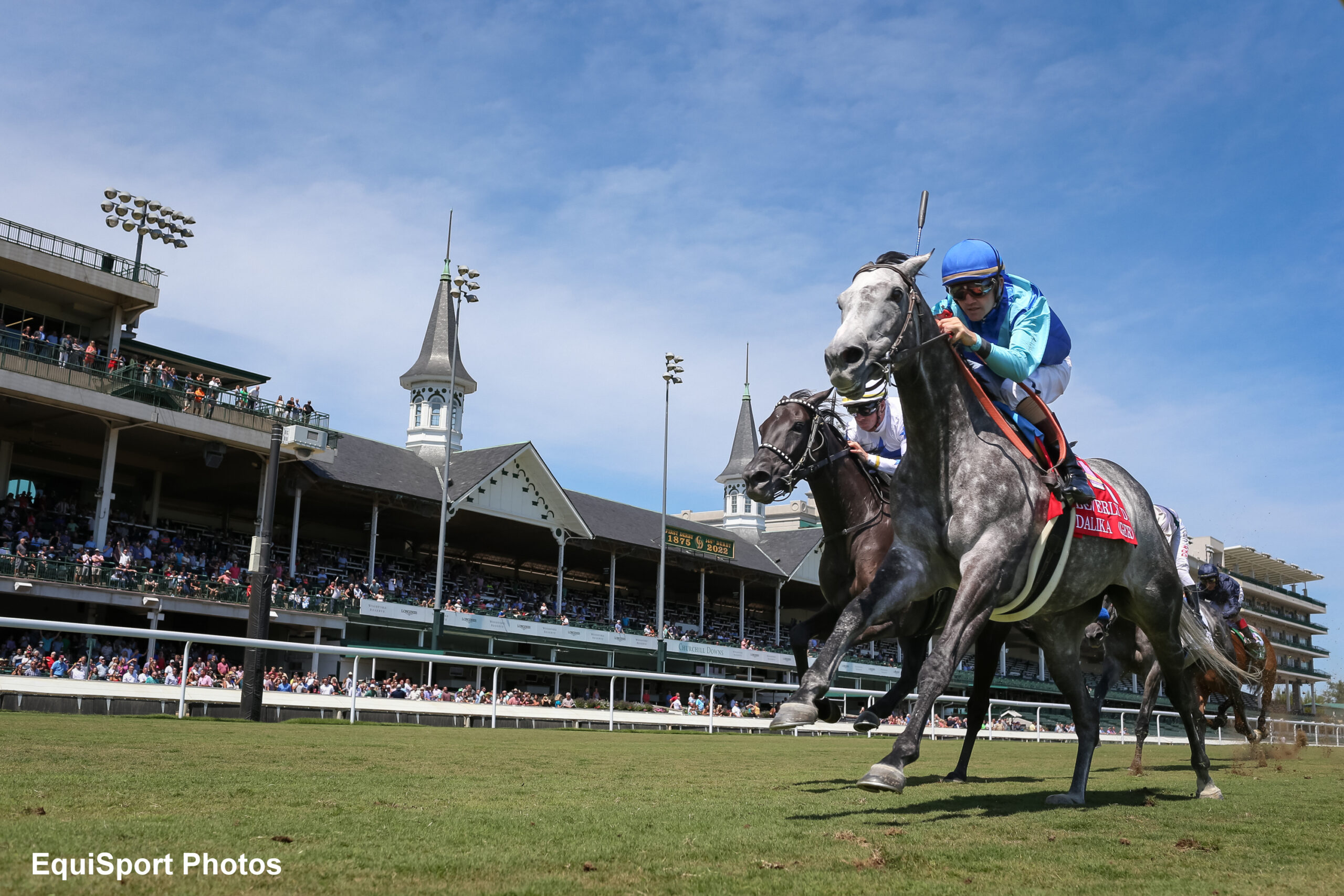