SURGICAL STRIKE winning the Arlington Classic at Arlington International on 5/28/16. James Graham up

Edward Seltzer and Beverly Anderson's homebred Surgical Strike captured Saturday's Grade 3 Arlington Classic by a head, covering the 1 1/16 miles in 1:47.51 over the yielding turf course. This was the first career graded stakes win for the sophomore son of Red Giant trained by Ben Colebrook.

Ridden for the first time by James Graham, Surgical Strike broke well, eventually settling off the mild early pace around fourth position. Up front, Two Step Time jumped out to a two-length lead, left alone by One Mean Man through fractions of :25.64 and :51.31. Entering the final turn, One Mean Man approached the lead, beginning to pressure Two Step Time, as Swagger Jagger and Surgical Strike both made their bids at approximately the same time.

“He put me there in a position I didn't really want to be in, but they were going so slow,” Graham said after winning the Arlington Classic for the second consecutive time (Istanford, 2014). “He was always going well. He's tough, well-skilled, and he knows his job.”

Bred in Kentucky by his owners, Surgical Strike is out of a daughter of Smart Strike. Once on the Kentucky Derby trail, the colt contested Turfway Park's Spiral Stakes, only to finish third in a blanket finish. He followed that up with a third in the American Turf Stakes at Churchill Downs, and the Arlington Classic marks his first graded victory. Surgical Strike's career record now stands at three wins from 11 starts, with earnings of just under $300,000. 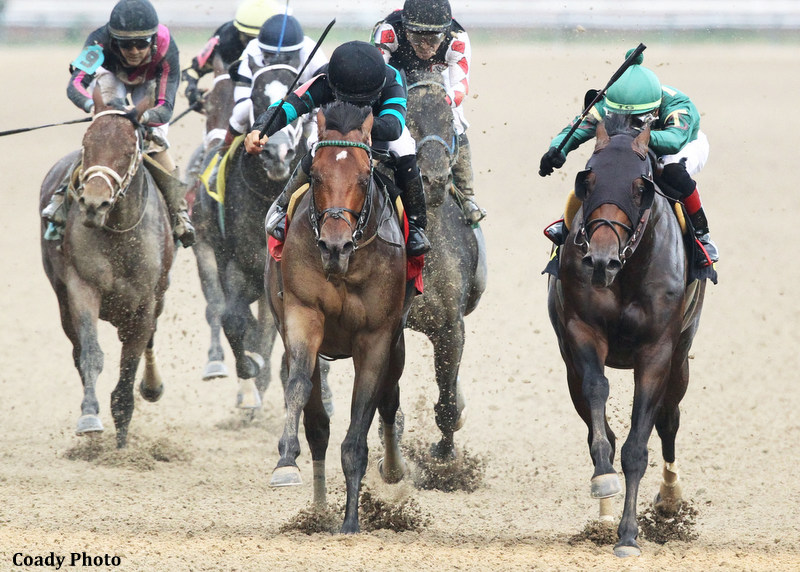