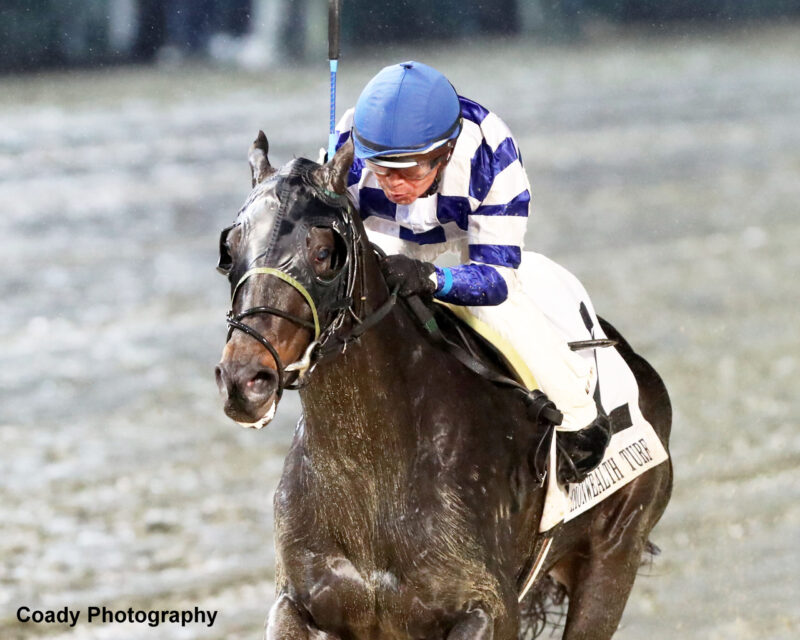 Trademark, with Martin Garcia at the reins, takes the Commonwealth Turf over a sloppy (sealed) Churchill Downs main track

Trademark collared pacesetter Fighter in the Win into the final turn, turned back a challenge from Stolen Base at the top of the stretch, and drew off late to win the off-the-turf $300,000 Commonwealth Turf at Churchill Downs by four lengths.

Sunday's closing day feature was transferred from the turf to the “sloppy” dirt track because of rain in the Louisville area.

Trademark, who scratched out of Friday's Clark (G1) versus elders in favor of this race, ran 1 1/16 miles in 1:46.39 to collect his first career stakes win. Martin Garcia rode the winner for trainer Vicki Oliver.

Longshot Fighter in the Win was the quickest from the gate and set fractions of :23.61 and :47.48 as Trademark tracked about a length behind. Fighter in the Win gave way with three furlongs to run as Trademark dragged Garcia to the front. Stolen Base came within 1 ½ lengths of Trademark leaving the turn for home, but Trademark was much the best in the slog. The rest finished well back.

“This horse does some of his best running when he's outside of horses,” Garcia said. “So, up the backside I kept him out of trouble. Around the turn, you could tell I had a lot of horse left.”

Trademark is a son of Upstart out of the Creative Cause mare Creative Trick and was bred in Kentucky by Brereton C. Jones. The four-time winner returned $9.12 as the 7-2 second betting choice in the field of six 3-year-olds. Stolen Base, with Luis Saez up, was second, and Red Danger, ridden by Julien Leparoux, finished 11 ¾ lengths back in third.

“I was happy Martin sort of took him off the early pace up the backside,” Oliver said. “We always knew the Commonwealth would be an option, but the Clark was coming up a short field. So, we entered him in both spots to keep our options open.” 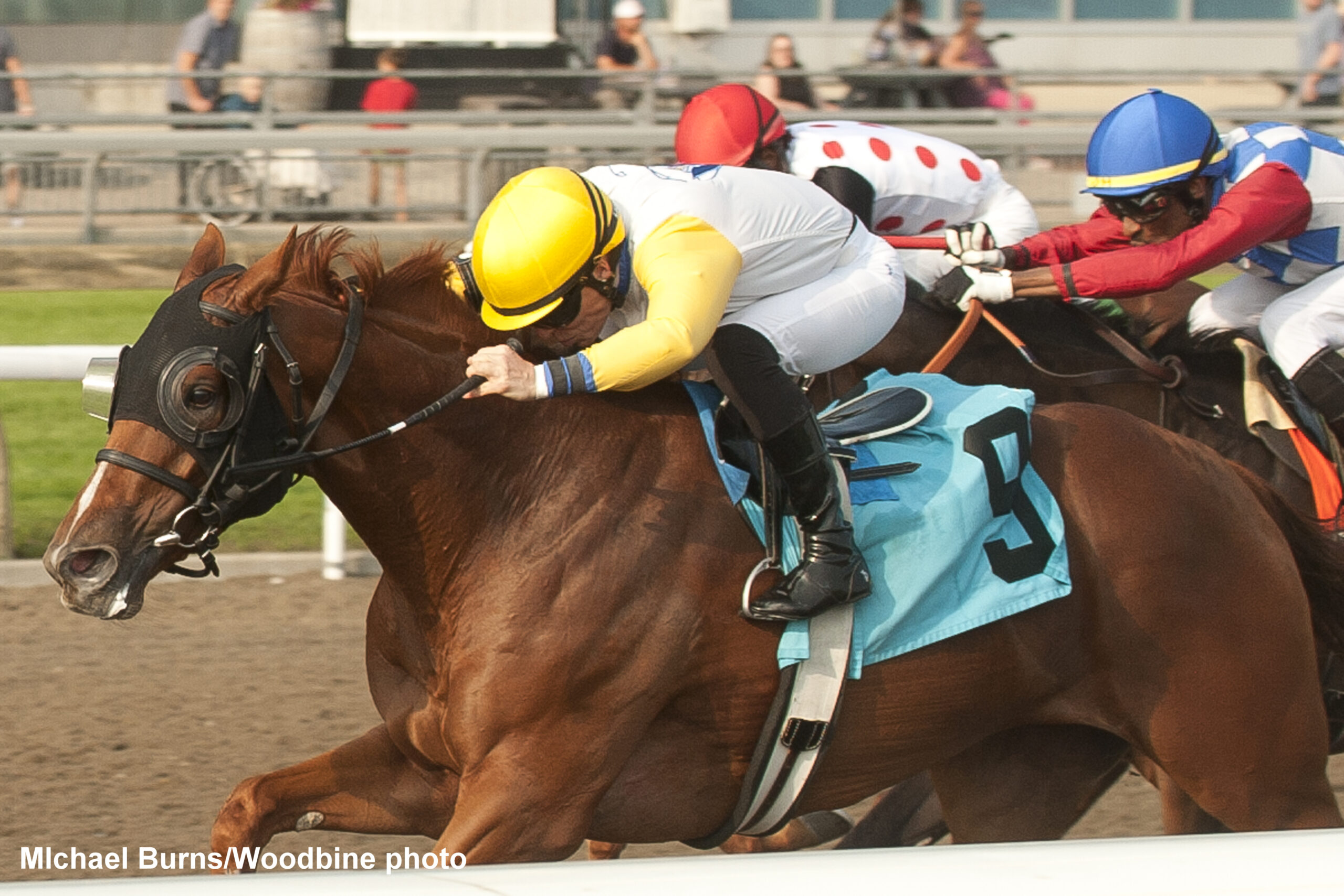 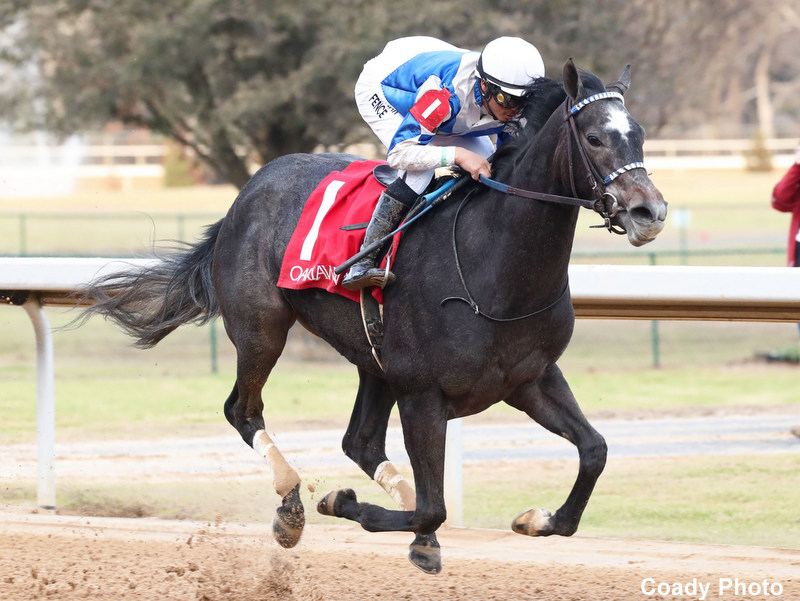 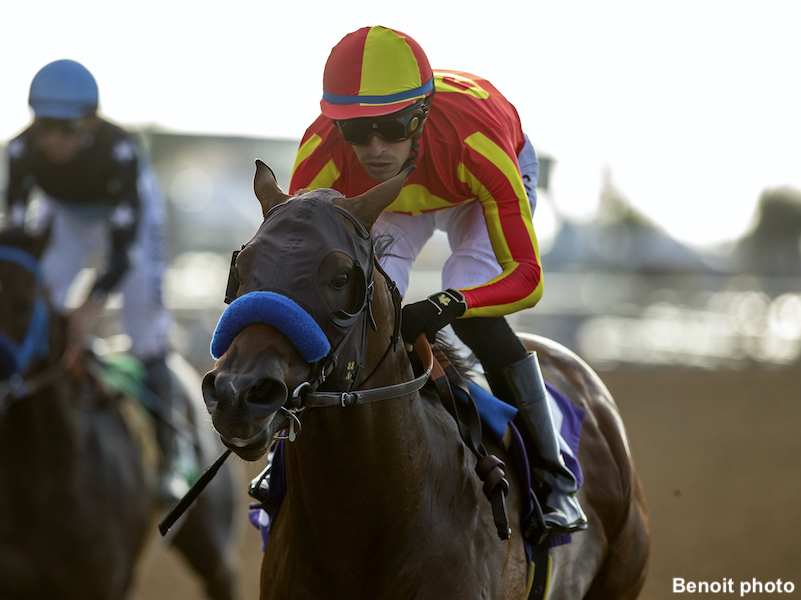