Co-owned by Villa Rosa Farm and Harlo Stable, Fenwick shipped overnight from Churchill Downs and was bedded down at the Preakness Stakes Barn. McKathan said that the son of Curlin will go to the track when it opens at 6 a.m. Thursday morning.

Fenwick was expected to be entered in the Sir Barton for 3-year-olds on the undercard of the Preakness Stakes (G1), but his connections decided to go into the Preakness instead. Canadian businessman Jeremia Rudan is the majority owner of the colt, who was winless in four starts for Hall of Fame trainer Steve Asmussen. After a 24 ¾-length defeat at Fair Grounds on Feb. 13, Fenwick was sent back to the McKathan's training center in Ocala, Fla. where he had been broken and prepared for the track.

McKathan, who had not trained a horse on the track since the late 1980s, prepared him for an easy win in a March 12 maiden race at Tampa Bay Downs for which he was saddled by David Fisher. McKathan saddled Fenwick for a last-place finish in the Blue Grass (G1) at Keeneland, in which he encountered traffic issues at the start. When it was decided to send Fenwick to the Preakness, McKathan, who is selling four horses at the nearby Timonium 2-year-old sale next week, decided to remain the trainer of record.

“I've always considered I've been training [all along],” he said. “It's just that this is an opportunity that presented itself. It's kind of like, 'If we're going to run, and we're going to try to run in a Triple Crown race, why not run him in my own name instead of just putting someone on the program that I send him to?'

“You know, that is a big deal for me. Am I going to have 40 horses at Belmont? No. Am I going to have a barn in Saratoga? No. I'm going to continue to do what I do,” McKathan added. “But to have an opportunity to take one of these babies all the way and see it through, good, bad or ugly, it's kind of neat to be a part of it.” 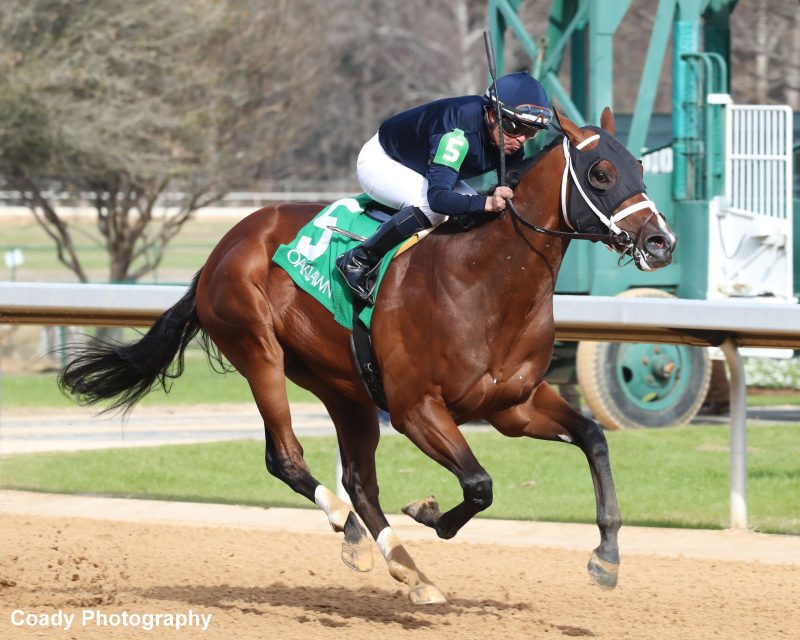 Verifying, Half-Brother To Champion Midnight Bisou, Will Target Either Rebel Or Risen Star