The 147th running of the $1.5 million Preakness Stakes (G1), Middle Jewel of the Triple Crown, is the long-range goal for The Elkstone Group's stakes-winning Maryland homebred colt Joe.

Named for President Biden, a longtime family friend of owner-breeder Stuart Grant, and trained by Mike Trombetta, Joe extended his win streak to three races with a popular 2 ½-length triumph in his sophomore debut Jan. 23 at Laurel Park.

The connections opted for the 1 1/16-mile optional claiming allowance over the seven-furlong Spectacular Bid, Maryland's first stakes of the season for 3-year-olds, to try Joe around two turns. The next stakes in the series is the $100,000 Miracle Wood, contested at a one-turn mile, Feb. 19.

Following the Miracle Wood, the 3-year-old series continues with the $100,000 Private Terms going 1 1/16 miles March 19 and the $125,000 Tesio at 1 1/8 miles April 16. For the seventh straight year, the Tesio will serve as a 'Win and In' qualifier for Triple Crown-nominated horses to the May 21 Preakness at historic Pimlico Race Course.

“We're still deciding what's next. Obviously there's a race coming up at Laurel in another couple weeks, but I don't know if that's bringing him back a little too quick,” Grant said. “Our path is targeting the Tesio, and if we're fortunate enough to win the Tesio, then the Preakness would be the next step from there.

“We're going to take a little different path than the traditional 'I'm on the Derby trail.' We are not on the Derby trail,” he added. “We will see how this horse develops, but we will target him in a way that if he develops the way that we would like him to, then maybe we will sneak into the Preakness with a fresh horse and see if we can surprise some people.”

Joe has raced exclusively at Laurel, running fifth in his unveiling last October. He hasn't lost since, including an impressive 1 ½-length victory from off the pace in the seven-furlong Maryland Juvenile Dec. 18 to cap his 2-year-old season.

“Mike's doing a great job. We have had some long discussions,” Grant said. “It's always tempting to put a horse on that trail but if you think over the years about the horses that have been put on that trail … it makes it a long year on that horse. I think we have a good one. We don't know how good, but we're going to sort of develop this way and maybe not have as much pressure. Maybe we'll learn that we're not that good early on and we'll sort of reset our sights, but for now that's what we're going to do.”

A decision is also forthcoming on Grade 3 winner Wondrwherecraigis, who launched his comeback with an emphatic 3 ¾-length triumph in the Jan. 29 Fire Plug at Laurel. It was his first race since overcoming a foot issue following his victory in the Oct. 31 Bold Ruler (G3) at Belmont Park.

The Fire Plug was the third stakes win for the 5-year-old gelding, each at different tracks, also capturing the 2021 Tale of the Cat at Saratoga. He has finished first in each of the last five, but was disqualified to second for interference in the Frank J. De Francis Memorial Dash (G3) last fall.

Overall the Brittany Russell trainee, owned in partnership by Grant, Michael Dubb, Madaket Stables and Bethlehem Stables, has seven wins, one second and one third from 11 lifetime starts.

“I have been thrilled with his last five races. He is a throwback. He's sort of a hard-working, blue-collar horse. He will continue to get it done and he will continue to run in good races,” Grant said. “Brittany does a really good job and keeps the horse well. The horse is ready to run each time. He had a quarter crack so he had to miss a race, but she took care of that. She won't run him unless he's ready to run and we've seen the results.”

“The horse will tell us whether it's too quick [back] for him. I don't think we're ruling that out but we are also not having our heart set on it so that we're subject to disappointment or we push him into a race that is a not a good race for him,” Grant said. “We are conscious of it. He is a strong horse and he's been training well and we will see. He may wind up there. The horse will tell Brittany and Brittany will share it with us.”

Also in the conversation among Russell and the ownership group for Wondrwherecraigis is the $2 million Dubai Golden Shaheen (G1) March 26 at Meydan.

“We are talking and we are talking with Brittany and we are trying to figure out what would be best for the horse and what would be best for us. Yes, there's a certain excitement to winning a Dubai race like that; on the other hand, we have a gelding and all of a sudden the grade of the race or the prestige of the race might not be that important,” Grant said. “With a gelding you're really thinking, 'Ok, how can I maximize his purse money, say, through the end of the year?' That becomes a tough decision.

“If you take him overseas, there's a certain amount of wear and tear that happens on a horse, albeit with an older horse maybe the wear and tear isn't quite as great but it's still there. You just worry if you bring him over there and if he doesn't run well, is he still the same horse when he gets back here?” he added. “Or, do I keep him running in the Mid-Atlantic, say at Laurel and Aqueduct and Belmont and maybe take him up to Saratoga, and between those four racecourses, which isn't more than a four-hour ship from the farthest to the shortest, do I maximize his ability to run in some nice races every six weeks? That's the discussion that's going on.” 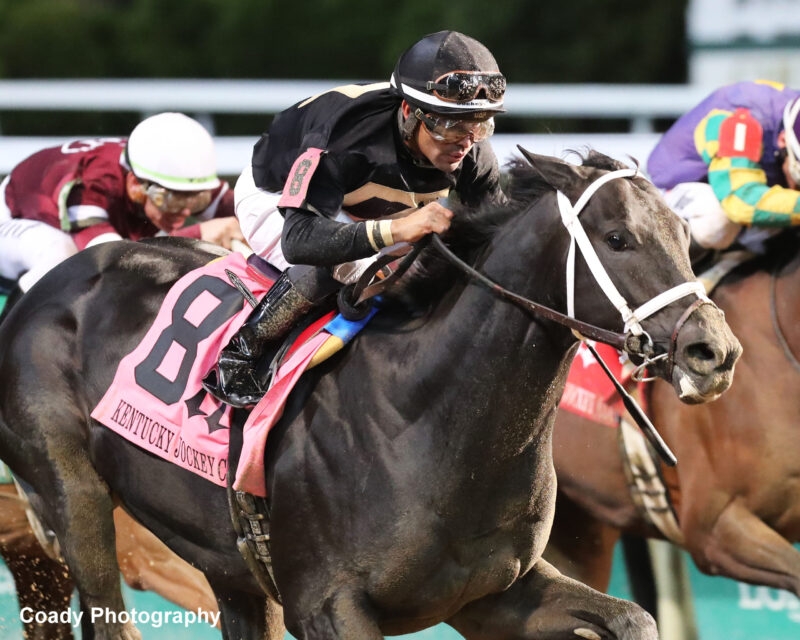