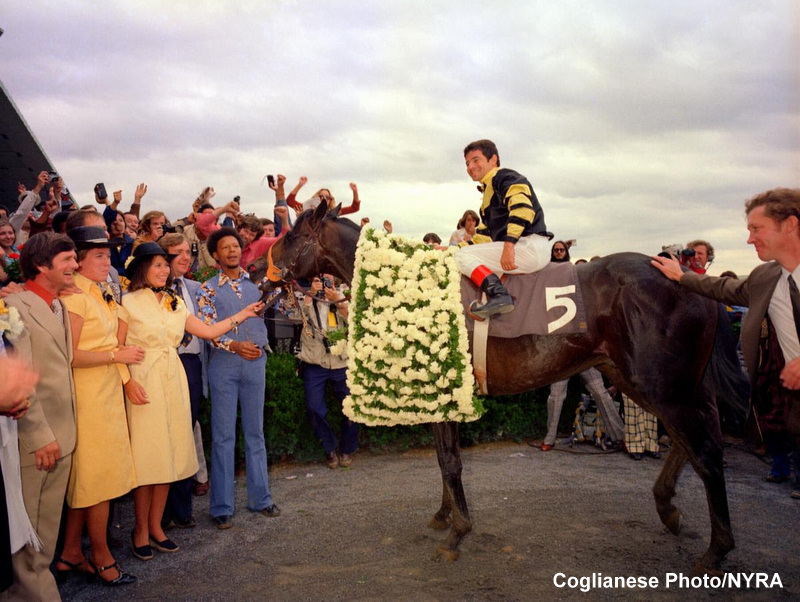 After Seattle Slew won the 1977 Kentucky Derby and the Preakness Stakes, his trainer, William H. “Billy” Turner, Jr., believed that the dark bay colt with the modest pedigree would capture the coveted and elusive third jewel in the Triple Crown.

“People probably won't believe Seattle Slew is a heck of a horse,” he said at the time. “I don't think he has run his best race yet.”

Turner proved to be prophetic because he was a heck of a horseman. On June 11, 1977, exactly 45 years ago to the day of Saturday's 154th running of the Grade 1, $1.5 million Belmont Stakes presented by NYRA Bets, Seattle Slew won the “Test of the Champion” by four lengths in 2:29.60 on a muddy track with Jean Cruguet aboard.

The triumph was his ninth straight win in as many outings and his sixth Grade 1 score, and with it, Seattle Slew became only the 10th Triple Crown champion and would remain the only undefeated one for another 41 years. At that time, Turner became just the ninth man to achieve racing immortality because James “Sunny Jim” Fitzsimmons had trained two Triple Crown winners, Gallant Fox in 1930 and that horse's son, Omaha, in 1935.

Billy Turner was born February 29, 1940, and grew up in the saddle in Pennsylvania horse country. At the age of 18, he became a steeplechase jockey until his 6'2” frame necessitated a career change. He was an assistant to Hall of Fame trainer Burley Cocks in New York before hanging out his shingle in 1966 and struck gold right away with Salerno, who won the prestigious 1967 Remsen at Aqueduct Racetrack.

Turner epitomized the hands-on horseman. Known for a keen eye and gentle hand, his soft voice, and dry wit, he was respected for always putting the horse first and that was decades before the phrase became popular.

He kept his stable small, never having more than 30 horses in his barn at one time while based at Belmont Park in the 1970s, yet he won many of the sport's marquee races. Of all the horses he conditioned into multiple graded stakes winners over his career, he did his finest work with this colt with the all-black coat save for one small patch of white hair by his left rear foot.

Seattle Slew, by Bold Reasoning out of the Poker mare My Charmer, was bought at a yearling auction for the bargain basement price of $17,500 by Karen and Mickey Taylor and Jim and Sally Hill. In 1976 they sent him to the 36-year-old Turner.

“Seattle Slew was intelligent, determined, and dominant,” his trainer once said. “He was very easy-going. He liked people but he wasn't lovey-dovey. He didn't like people petting him. He was the Boss Hoss. He would stand back and look at you. He would let you do whatever you wanted him to do, but only if he wanted to do it.”

Renowned owner and breeder Althea Richards, who is the former president of the national Horsemen's Benevolent & Protective Association, had her horses with Turner for 15 years.

“Seattle Slew in most people's hands would have been nothing. He would have hurt somebody and gone into (oblivion). Billy was an old school horseman. He knew the inside out from the ground up. Billy knew how to get around him and mold him into an athlete like a college coach would,” said Richards, who owned Punch Line, a multiple graded stakes winner in New York whom Turner called, “the second-best horse I ever trained.”

That is the conventional wisdom, and it has appreciated over the years.

“Bill was a brilliant horseman. He was a very humble person, yet he was aware of his talents and was able to use them. When Slew came into his life, he knew what he had, and knew what he had to do with him to get him there. That was from Day One. It was a brilliant training job,” said Patti Rich Turner, who was married to Turner for 30 years until he died of cancer on December 31, 2021.

Patti Turner is a former exercise rider and jockey and a skilled horsewoman in her own right.

“Just talking with Bill and listening to how he accomplished certain things with Slew, I really believe that in anyone else's hands he would have just been a sprinter,” she said. “This was the consummate training job where he was able to get the horse to use his greatest assets, which were his energy and his speed, so that he could go a mile and a half. Bill had this remarkable way of getting into a horse's mind and then helping them to see other ways of doing things. He was a unique person in regard to his talent.

“I was with him for years and saw him do absolutely incredible, miraculous things with horses that other people would not have in their barn,” she added. “I galloped most of the good horses that we had in those years, so I know.”

Seattle Slew, the 1977 Horse of the Year, a champion at ages 2, 3, and 4, and a 1981 Hall of Fame inductee, retired to stud after his 4-year-old season and stood at Spendthrift Farm in Kentucky before relocating to Three Chimneys Farm, and then to Hill 'n' Dale, now Xalapa.

Seattle Slew died peacefully in his sleep on May 7, 2002, which was 25 years to the exact day he won the 1977 Kentucky Derby. At Hill 'n' Dale he was buried whole, the highest honor for a racehorse, with his favorite blanket and a bag of peppermints.

Billy Turner saddled his last horse, Holy Week, at Belmont Park on July 13, 2016. Four years later he was diagnosed with the cancer that would claim his life.

Members of Turner's family will be on hand at Belmont on Saturday to commemorate the 45th anniversary of Seattle Slew and his trainer's Triple Crown triumph during Race 2 on the 13-race card. On the way, there is a stop at Hill 'n' Dale to spread Billy's ashes on Seattle Slew's grave.

Turner stands tall in history as one of only 11 men to have trained 13 Triple Crown champions. Like Fitzsimmons, Bob Baffert trained two [American Pharoah, 2015; Justify, 2018.] Justify is the only other undefeated Triple Crown winner, and fittingly, he is a direct descendant of Seattle Slew.

Over time, Turner's achievement has grown more momentous to the racing family writ large, and to his family.

“If anything, I hold it in even greater awe because of the few times this has been accomplished. Yes, it takes a very talented horse. A great horse. But the horse has to be in the hands of someone who can channel it all and get the horse to accomplish this remarkable thing,” Patti Turner said. “This is a test of greatness, not mediocrity. It's very difficult to accomplish this. One racing writer said the Triple Crown is what raises good horses into immortals. They become legends in our sport.” 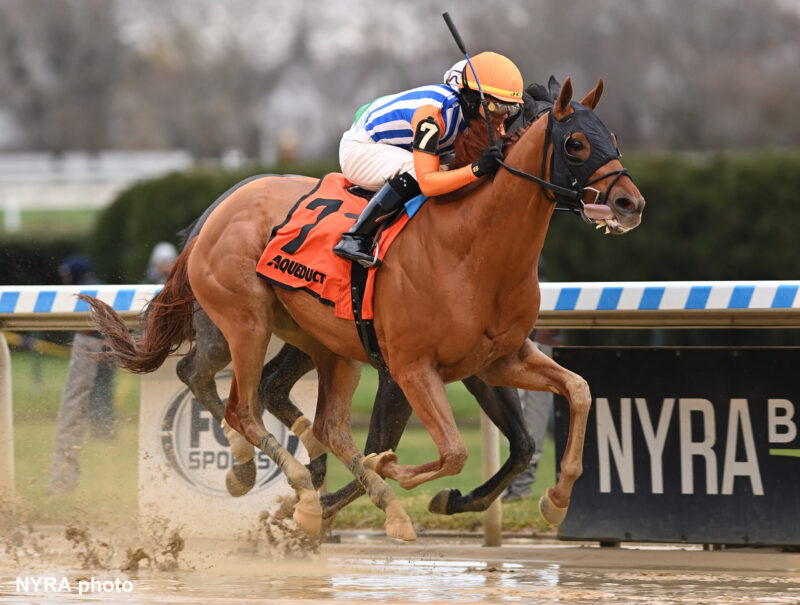